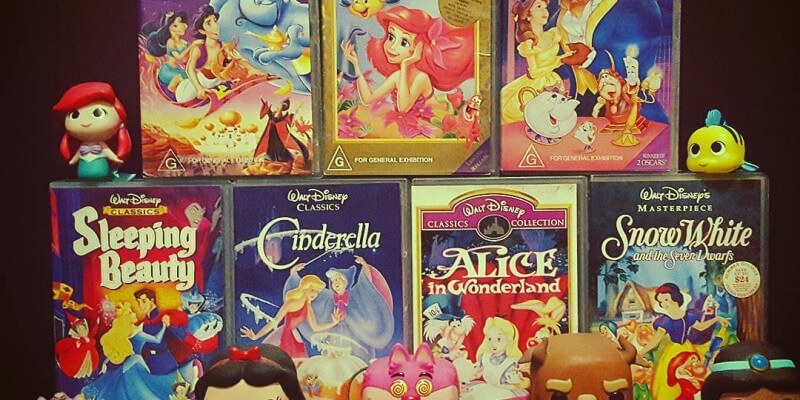 Being a Disney collector and pack-rat may give you a serious cash out one of these day. Say, for example, that you held on to those classic Disney VHS tapes you had as a kid and now a box of them is just sitting there in the back of your closet. Nostalgic favorites such as Beauty and the Beast, Aladdin and The Little Mermaid are now considered to be really sought after items. E Online is reporting that with just a quick check on eBay, you can find these VHS tapes going for hundreds, even thousands of dollars. Some copies that feature rare VHS cover art (like the Little Mermaid VHS with some hidden, quite explicit art) seem to be the most valuable.

Of course the biggest question is, will anybody be willing to pay this much for these old copies of Disney movies? Listings on eBay may show some astronomical prices, like a Beauty and the Beast VHS going for almost $10,000, but the actual sold items are going for a more reasonable price. But if you check completed sold listing you do find some VHS tapes, the Black Diamond editions, going for a good amount of money. Even though, if we have learned anything from previous cases of nostalgia price markups (anybody remember the Sorcerer of the Magic Kingdom rare game cards selling for up to $400?) is that you should never throw anything Disney in the garbage because it might fetch you a pretty penny in the future.

Do you still have your classic Disney VHS collection?