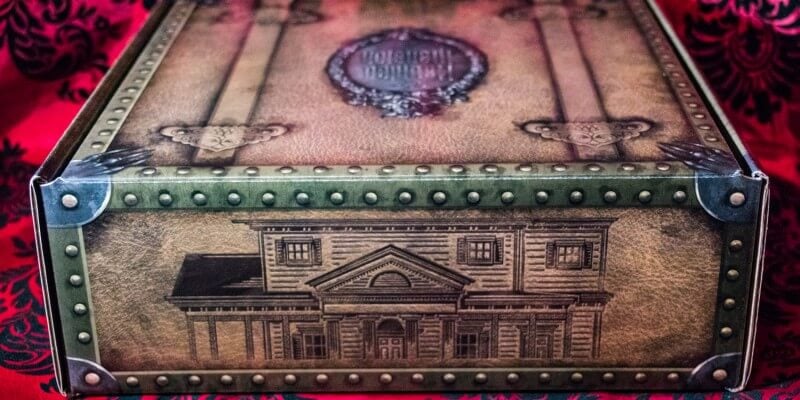 The phantoms at the Haunted Mansion have conveyed yet another mysterious and whimsical package of puzzles and cryptic communications to a lucky 999 foolish mortals who ordered the extremely limited edition subscription from the Disney Store.

In this the second of three (or is that four – many have noted a fourth delivery date in their subscriptions) monthly masterpiece of mirth we find a replica of the Haunted Mansion’s organ along with another deck of divination cards, a crafty wheel of dancers (aka a phenakistoscope), a print of the hall of doors, another edition of the Grim Gazette, and an introduction letter that is more than it seems. Join us now as we unbox this bounty from beyond: The Haunted Mansion themed Ghost Post subscription was limited to the first 999 guests who purchased the three month subscription from the Disney Store.  The subscription cost $199 and requires the use of an iPhone for the Phantom Radio application (which scans the various items received and rewards the subscriber with audio vignettes tied to the story arc for the elaborately themed parcels).

Disney (or the spirits thereof) was kind enough to set up a Dead Letter Department for foolish mortals to share their efforts and frustrations and receive a bit of apparitional advice.