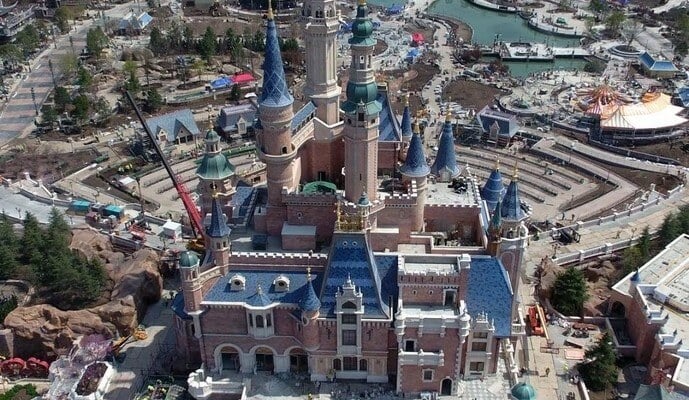 If you’ve been following the construction of Shanghai Disney along with us at Inside the Magic, you’ve been aware of just how massive this project has been. Now with the grand opening planned for June 16, 2016 it’s being reported that they are seeking to hire 10,000 workers by that time to operate Shanghai Disneyland.

According to Inquisitr, “Disney has reportedly screened seven applicants for every job opening, which means Shanghai has already received around 70,000 applications for open positions. The media corporation recruited heavily from Chinese retail, food service, and hospitality industries in order to train new workers to run the park’s attractions, restaurants, retail outlets, musicals, and performance art.”

“The focus on customer service is very important for Disney, but there is still a huge gap between their standard and normal Chinese standards,” said Sara Wong, Hong Kong director of recruitment process outsourcing for Kelly Services, a staffing agency. “They are not hiring 10 people, they are hiring 10,000.”

The 963-acre resort will boast the biggest castle of all the six Disney parks worldwide and also include shopping and entertainment areas as well as two hotels, the Shanghai Disneyland Hotel and the Toy Story Hotel. Six sections will make up Shanghai Disneyland including Tomorrowland, Fantasyland and Treasure Cove, which is inspired by the Pirates of the Caribbean. Tickets for opening day quickly sold out after going on sale and both hotels were immediately booked for the first two weeks of operations.