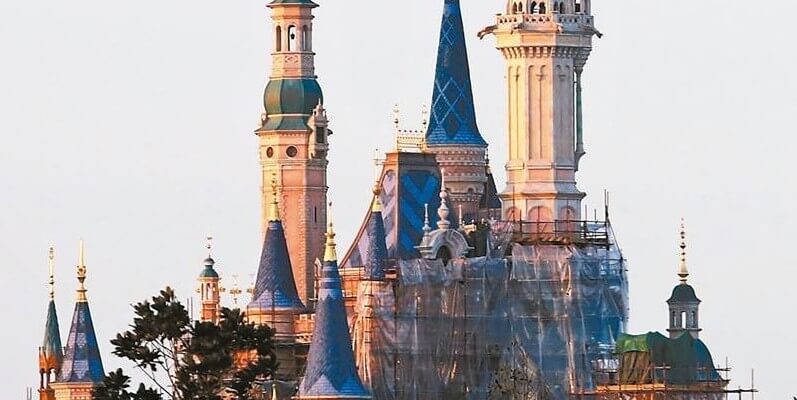 Anticipation for the new Shanghai Disneyland has been building up steadily since the massive project was first announced and now Bloomberg is reporting that the first batch of tickets that were sold online beginning at midnight on Monday for the June 16 opening day have been quickly snatched up within a matter of hours.

Not only that, the on-site hotels have also been selling out, reports Bloomberg, with both the Toy Story Hotel and the Shanghai Disney Hotel both booked completely during the first two weeks of operation.

Park tickets remain available for dates from June 17 to Sept. 30, with prices ranging from 370 yuan ($57) for non-peak periods, to 499 yuan ($77) for peak periods — which includes the first two weeks of operation as well as weekends and the busy summer months of July and August.

For those willing to brave the long lines so they can get their first look at the newest Disney theme park, which Bloomberg notes is three times the size of Hong Kong Disneyland, guests can purchase tickets on the official website or by calling 400-1800000 or +86-21-3158-0000. Buyers are restricted to five tickets per online order.

To prevent ticket scalping, buyers must register an ID number with their purchase. However, that hasn’t deterred scalpers from already attempting to re-sell tickets at several times their face value — although it is unclear if these resold tickets are even legitimate. Guests can also purchase tickets through a dedicated site on Alitrip in addition to Disney’s official travel partners, as noted in the FAQ section of Disney’s site.

Will you be planning on making a visit to Shanghai Disneyland and what attraction are you looking forward to the most? Sound off on the comments below!