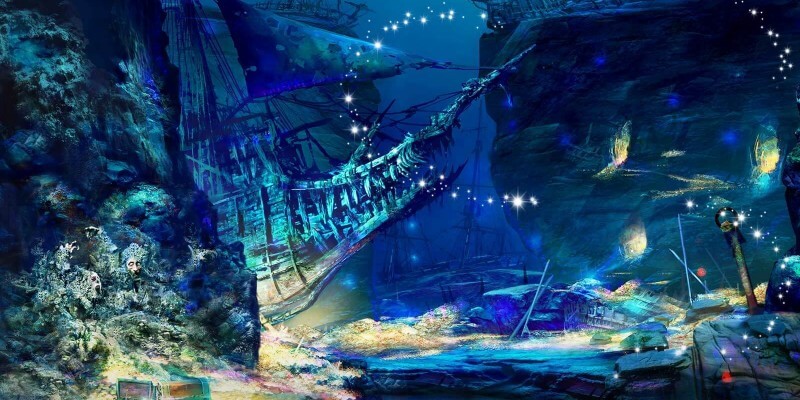 Shanghai Disneyland’s Treasure Cove is the first-ever Pirates of the Caribbean-themed land coming in a Disney Park and will open together with the rest of the park in the Spring of 2016. The entrance to Treasure Cove features a gallant pirate ship. Pirates of the Caribbean: Battle for the Sunken Treasure is a new take on the classic boat ride where a new high-tech ride system will let the boats be able to spin, move and react smartly to their position, triggering action and synchronized music as they travel through breathtaking scenes and lively battles. Guests will encounter fearless pirates, mermaids and even a kraken. As you can see from these new artist renderings, the new Pirates ride will feature some underwater elements — at least they will make you feel like you are underwater. Shanghai Disneyland has also released some better images for their take on Main Street: Mickey’s Avenue.