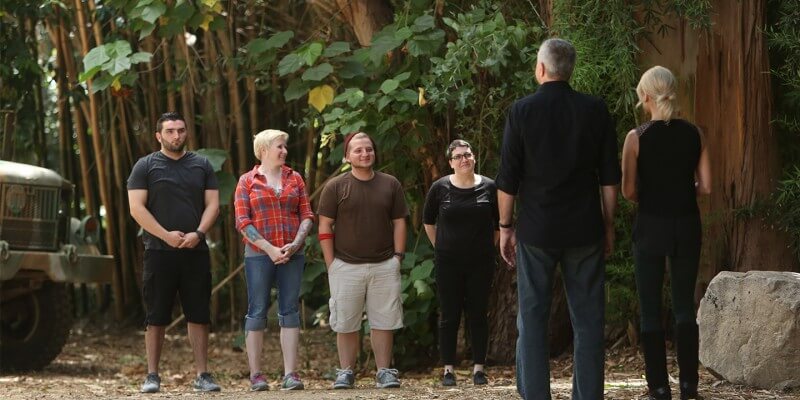 Skull Island: Reign of Kong is set to open this summer at Universal Orlando’s Islands of Adventure, and while the park has given us a few tantalizing glimpses of what to expect, it’s going to be tough to endure the wait.

Fortunately, this week fans will have the opportunity to take a somewhat closer look at the new island area, as it will be heavily featured on Syfy’s reality VFX makeup artist show “Face Off.” The official Universal blog revealed that contestants on the show will be challenged to create original humanoid creatures inspired by the monsters in the world of Reign of Kong.

Executive producer for Universal Creative Mike West is on board in the competition to help the group achieve their goals, and according to the blog, the group has “imagined an evolution of massive flying carnivores and cave-dwelling bottom-feeders into intelligent beings that’s just as terrifying as the creatures themselves.”

The Skull Island episode of “Face Off” airs this Wednesday, March 30th on Syfy.

Comments Off on VIDEO: Skull Island: Reign of Kong to be featured on this week’s episode of Syfy’s “Face Off”