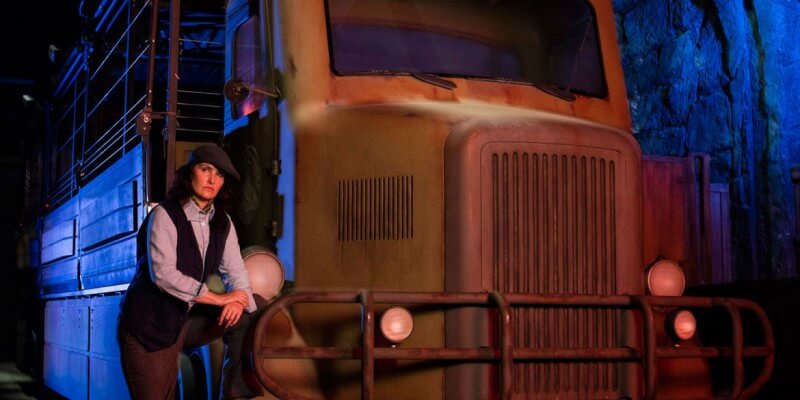 The wait is almost over for King Kong to make his triumphant return to Universal Studios Orlando and we’re getting more details on this massive new Skull Island: Reign of Kong attraction.

Did we mention massive already? Because even the ride vehicle puts all other attractions to shame! According to Universal Studios, the new expedition vehicle measures over 40 feet long and 13 feet high, weighs in at 17 tons and carries up to 72 people while operating on a completely trackless system. Both the front and back axles can be steered independently, creating quite the maneuverable vehicle capable of sharp twists and turns despite its size and 45-inch wheels.

Something tells me that might come in handy during your trek through this inhospitable environment. Check out Universal’s new video that reveals more details on what you’ll experience on the Eighth Wonder Expedition Company.

Each of the five characters behind the wheel guiding you through Skull Island has a story to tell, meaning you’re going to have to brave this terrifying attraction again and again to get the complete experience.

Skull Island: Reign of Kong at the Islands of Adventure theme park opens in the summer of 2016. You can click here to sign up for updates and make sure to check back with Inside the Magic for more details as they are announced!