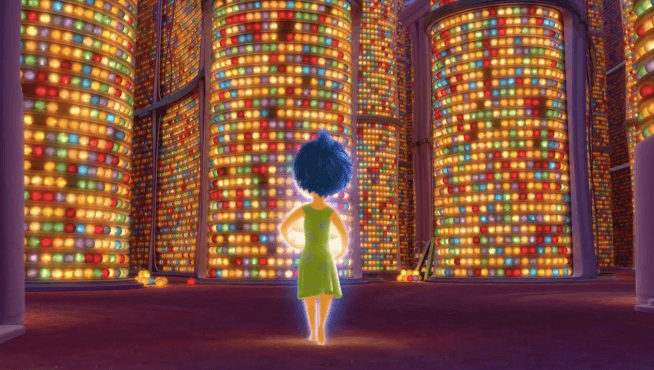 With Part I examining the tech categories and the shorts, this is where most films distinguish themselves as Best Picture nominees. The screenplay, acting and feature awards are the categories that general audiences feel most comfortable with, and it’s where the stars are most present. With so many great contenders this year, a lot of these races are close, and it’ll be fun to see how they shake out.

Who will Win:  “Inside Out”

Who Should Win: “Inside Out”

Who Should Have Been Here: “The Good Dinosaur”

“Inside Out” was a critical darling, and looks like it is the obvious choice to take home the win here. It won the “Golden Tomato” for Best Animated Feature at Rotten Tomatoes, with “Anomalisa” and “Shaun the Sheep” as the runners up. I still think there’s a chance that “When Marnie Was There” could surprise, but “Anomalisa” is the far more likely upset choice. It’s a very adult movie, and could really resonate with the Academy. However, “Inside Out” might be Pixar’s masterpiece, and I find it hard to believe it won’t win in a convincing fashion. It’s also the only nominee to show up in another category. Who will Win:  “What Happened, Miss Simone?”

Who Should Win: “The Look of Silence”

I am predicting the upset here, so the conventional choice for the win here is “Amy.” However, I’ve heard from a lot of people that “What Happened, Miss Simone?” has been pushed extremely hard by Netflix. It will also likely resonate more with the older members of the Academy because she was such an influential musician from the 1950s to the 1970s. If it’s a battle between the musicians, I’m thinking “Simone” wins. Still, if you’re looking for conventional wisdom for your Oscar pool, “Amy” is the popular choice. Sadly, Joshua Oppenheimer looks to be leaving empty handed again. Who Should Win: “Son of Saul”

Who Should Have Been Here: “Viva”

The frontrunner all year has been the Holocaust drama “Son of Saul” from Hungary. I expect it to take home the prize on Sunday night, but it’s possible that it could get upset by either “A War” or “Mustang.” Both are excellent pieces of film, and “A War” is extremely timely. It might draw some votes away from “Son of Saul” and this category can shift drastically at the last minute. However, if there’s one thing that we know the Academy loves, it’s World War II films. “Son of Saul” is moving and heartbreaking, making it the likely choice to take it home. Who will Win:  “Spotlight”

Who Should Win: “Spotlight”

Potential Spoiler: “Inside Out”

Who Should Have Been Here: “Dope”

The way that “Spotlight” is structured works to build real stakes and enjoyment for the audience in a case that is extremely well known. Even working against that issue, it tells a riveting tale that is part thriller, part drama, and part love letter to print journalism. I think that its scope and scale are impressive, and that should guide it to a victory. That said, “Inside Out” was excellent in its execution and story, making it an obvious choice to reward the film that was spurned for Best Picture. That said, this is “Spotlight’s” easiest win, and “Inside Out” will take home animated feature. I think that ultimately decides this race. Who will Win:  “The Big Short”

Who Should Win: “Room”

Who Should Have Been Here: “Creed”

This is the easiest place to reward “The Big Short” and seems like a just reward for McKay’s career. Don’t count out Donoghue for “Room,” who did an excellent job adapting her own novel. The other three were all excellent, and in all honesty, I thought all of them did a much better job of adapting their screenplay than McKay. Still, this feels like McKay’s to lose. Who will Win:  Alicia Vikander

Who Should Win: Kate Winslet

Who Should Have Been Here: Elizabeth Banks – “Love & Mercy”

Part of the issue in play here is that Vikander and Mara are not really supporting actresses in their films. Both get considerable more work and screen time than the other actresses in the category, but at the end of the day, they’re both in the category. For that reason I’m picking Vikander to win, but Winslet will definitely have something to say about that. She’s only won once in her storied career, and she’s picked up the Golden Globe and BAFTA wins for supporting. It’ll be interesting to see if that love transfers, and the thought of having Winslet and DiCaprio win on the same night is pretty exciting. Who will Win:  Sylvester Stallone

Who Should Win: Mark Rylance

Who Should Have Been Here: Michael Keaton – “Spotlight”

This race has been the tightest race of the year, and should continue that way all the way to Oscar night. I think Bale may be out based on the fact that he already has an Oscar, and in a race this tight, they will likely want to reward someone for the first time. Stallone is the obvious choice, especially with the narrative that he returned to his iconic role as Rocky Balboa to give a transformative performance for the character. He won an Oscar for writing it in the 1977 Oscars, but has never won as an actor. Rylance should take home an Oscar for what was an excellent performance, but Hardy’s mere nomination might show that his performance was loved by the Academy (it didn’t show up in many precursors and still got a nomination). It’s also possible that removing the other “Spotlight” players from the race opens up the avenue for Ruffalo. Really this could go any way, but I’m predicting Stallone. Who will Win:  Brie Larson

Who Should Win: Brie Larson

Who Should Have Been Here: Charlize Theron – “Mad Max: Fury Road”

This Oscar has been finalized for a long time. Not only has Larson been great on the campaign trail, especially when she’s had moments with her co-star Jacob Tremblay. She’s been waltzing toward the win in this category, and Saoirse Ronan was the biggest competition she’s had for some time. Still, Ronan’s performance is understated, while Larson’s is not only showy, but really showcases an actress at her peak. This feels like an easy race to call. Who will Win:  Leonardo DiCaprio

Who Should Win: Leonardo DiCaprio

Who Should Have Been Here: Michael B. Jordan – “Creed”

Other than Larson, this is the most locked up Oscar of the night. This has been a coronation for the last few months, with Leo winning his first Oscar for a movie that he crushes. I think if Michael B. Jordan had gotten a nomination, he could have presented a realistic alternative, but alas he did not. Fassbender seems like the only real performance worthy of a win, but again, everyone is running for 2nd in this category.

Who will Win: Alejandro G. Iñárritu

Who Should Win: George Miller

Who Should Have Been Here: Ryan Coogler – “Creed”

The Director’s Guild went with Iñárritu, which has correctly picked the winner in this category 12 of the last 15 years, including 11 of the last 12 (Affleck was not nominated for “Argo” so he could not win). This category looks sealed up, but if voters love “The Big Short” they have to give McKay their vote. Miller is the only director who does as much visible work as Iñárritu, and if he picks up the win, that will likely be seen as the affirmation for the film as a whole. Who will Win: “The Revenant”

Who Should Have Been Here: “Inside Out”

There are still a lot of ways this could go, but it looks like support finally coalesced behind “The Revenant.” Not only did it win the Golden Globe, but it also took home the BAFTA and DGA prize. Having Leo as the safest bet of the night means that everyone is actually watching it. It’s got a lot of support, but “The Big Short” and “Spotlight” still have a chance. Not only did “The Big Short” take home the Producers Guild award, but if McKay wins director, expect it to win. If “Spotlight” takes home editing, supporting actor, and director, it will likely sway the vote in favor of the film. Still “Mad Max” could find its groove in the tech categories, and may find its way to the podium after all. The other films here don’t have much of a shot to overtake these four.

Okay, so in review, I see “The Revenant” taking the top prize with a total of six Oscars. “Mad Max” should come home with four, and a lot of films would be tied with one a piece. There are scenarios where “Inside Out,” “Star Wars” or “Spotlight” can shake up the awards considerably. Overall, its a great distribution for movies in a year that was a lot of fun. It seems only fitting that the awards would be so even distributed as well.