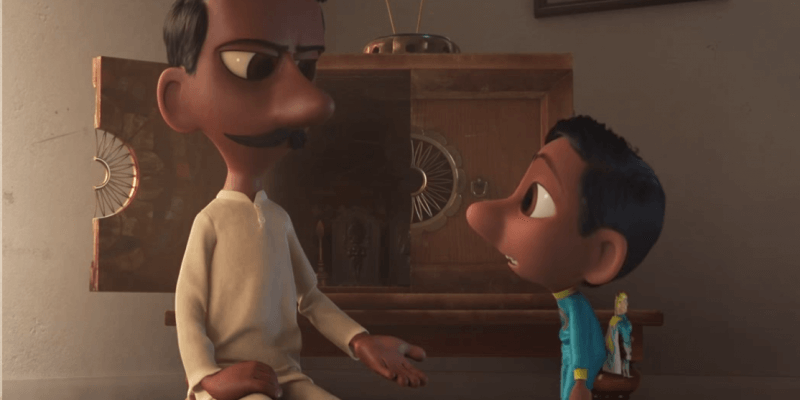 With the Oscars coming up on Sunday, I’m putting out my predictions for which films will be taking home gold. While 2015 had many very strong contenders, it’s starting to look like a few films will be divvying up most of the prizes. With that in mind, I’m starting with the below-the-line categories. Later in the week, I’ll be tackling the acting categories, as well as Best Picture and the screenplay. But until then, let’s begin!

Quick reminder, dominating in the below-the-line categories doesn’t mean a film will win the Best Picture prize. For example, “Star Wars: A New Hope” took home six Oscars, and “Gravity” took home seven. Yet neither of these films scored a win in the acting or screenplay categories, and both went home without a Best Picture win. Who Should Win: “Last Day of Freedom”

Potential Spoiler: “Chau, Beyond the Lines”

Who Should Have Been Here: “My Enemy, My Brother”

These categories are tough to predict at times, but “Body Team 12” seems like the runaway winner here. The short follows a medical team in Liberia that is tasked with collecting the bodies of those who died due to the Ebola outbreak. It wisely tells the story through a single woman, which gives the audience a personal connection to the events that unfold. I think “Last Day of Freedom” is unique its choice to animated that narration provided by its lead, but ultimately that trick is not going to be enough to take home the award. Still, the issues it touches upon are timely, and I could see it as a potential upset. Who Will Win: “Ave Maria”

Who Should Win: “Ave Maria”

Who Should have  been here: “Winter Light”

This is a tough race because “Ave Maria” and “Shok” are both expert uses of the short film format. I am going with my gut on this one, because I ultimately think “Ave Maria” is more likely to stick with Academy voters than “Shok.” Still both could show up on the stage on Oscar night, and with “Day One” also lurking, it might be the toughest category of the night. Who Will Win: “Sanjay’s Super Team”

Who Should Win: “Sanjay’s Super Team”

Who Should Have Been Here: “Love in the Time of March Madness”

I think that this is a runaway, and might be the surest bet of the short categories. “Sanjay’s Super Team” was met with varying opinions from Pixar fans, especially with many receiving their first exposure to “Lava” this year (it was eligible for last year’s Oscars, not this year’s). Still, the film is extremely heartfelt, and the use of the real life people in the credits will likely sway voters into this pick. Also look to Disney vet Richard Williams to potentially win with “Prologue.”

Who Will Win: Ennio Morricone- “The Hateful Eight”

Who Should Win: Ennio Morricone- “The Hateful Eight”

Who Should Have Been Here: Daniel Pemberton- “Steve Jobs”

Ennio Morricone is one of the masters of composing music for film, and he really nailed it with “The Hateful Eight.” This is likely the only place where Tarantino’s latest will get recognition, and its importance to the film was enormous. It set the tone for the insanity that was about to unfold, and heightened moments throughout the film. John Williams may still be in play here, but it might be hard to go for Williams for the 6th time (on a ridiculous 50 nominations). I doubt that Burwell gets the win, but like Morricone, he could have the overdue card work in his favor. For everyone else, the nomination was their win. Who Will Win: “Til it Happens to You”

Who Should Win: “Earned It”

Potential Spoiler: “Writing’s on the Wall”

Who Should Have Been Here: “See You Again” from “Furious 7”

How “See You Again” didn’t make the cut is still astounding. If it had gotten into the race, I have little doubt it would have won, but in the meantime the race that exists is still exciting. The likely winner here is going to be “Till it Happens to You” which comes from Lady Gaga and Diane Warren, due to its strong social message and extremely talented team behind it. A win here would further cement the “Bette Midler-ization” of Lady Gaga, and would bring Warren a long overdue Oscar (this is here 8th nomination in this category).

I think that “Earned It” should receive strong attention, but few will spring for it due to the film’s subject matter. Shame, because The Weeknd crushes the track, and likely will during his performance. Sam Smith is also someone to keep an eye on, even if it’s a middling Bond song at best. Who Should Win: “The Revenant”

Who Should Have Been Here: “Inside Out”

As I explained in my predictions, there is a difference between editing and mixing, even if that difference is hard to tell while you’re watching the film. Editing is more focused on the creation of sounds, while mixing is focused on the use of dialogue, score, and positioning where the sounds come from. With this in mind, I think that “Mad Max” is going to come out on top for the sounds it creates, and the diversity of noises present throughout. Between creating Immortan Joe’s gruff voice, the battling noises of cars and guitars, and loud explosions, “Mad Max” carries a war-film quality to it that others can’t match. I think “Star Wars” or “The Revenant” could score here, but this feels like a gimme at this point. Who Will Win: “The Revenant”

Who Should Have Been Here: “Sicario”

“The Revenant” seems like a logical choice in this category, because while “Mad Max” and others put up a strong fight, “The Revenant” is greatly aided by its incredible sound work. In a movie theater, the film’s sound is immersive and dominating at times, and a huge part of this is how this film was mixed. “Star Wars” films have a strong track record in this category, but I think they’re going to yield to the Best Picture nominee in this category. That said, “Mad Max” had a man playing a guitar while being strung up to the speakers. Who knows what’ll happen?

Who Should Have Been Here: “The Hateful Eight”

One of the interesting things about “Mad Max’s” nomination, is that they bought into the idea that the cars count as production design. That in itself is amazing, and they are by far the most unique aspect of any film in 2015. Without a doubt, this is a wise choice, but there’s something that is still lingering about “The Danish Girl” and “Bridge of Spies.” Both are period dramas, and “Bridge of Spies” in particular had to recreate East Germany, the Berlin Wall, and other diverse set pieces. I think the Academy might skew toward the safety of Spielberg here, especially because this might be the only award the Best Picture nominee takes home all night. Who Will Win: Emmanuel Lubezki – “The Revenant”

Who Should Have Been Here: Maryse Alberti – “Creed”

This should have been Roger Deakins, but the film didn’t pop as much as it should have. Shame, because he will now have 13 nominations and zero wins. Instead, we’re looking at a Lubezki three-peat, which honestly feels a little excessive. I think I would be more on board if he had not won for “Gravity,” but I also think Seale provides a nice alternative. While he won back in 1996 for “The English Patient,” it’s highly unlikely we’ll get another chance to reward one of the greats (who is currently in his seventies, with “Mad Max” his first film in five years). The shots that he catches here are incredible, and the fact that it was catching live practical effects as effectively as it did should really help his cause. Still, it feels like Lubezki is a sure-thing. Who Should Have Been Here: “Cinderella”

This category is always a tough one to predict, because the branch is so inconsistent. I don’t think “100 Year Old Man” has a shot now that the category is open to all voters. “Mad Max” uses make-up expertly, and has the “Lord of the Rings” thing going for it by making literally hundreds of unique War Boys. “The Revenant” will likely be the runner up due to the scarring and gory opening scene of the film. Even so, “Saving Private Ryan” lost this award in 1999, so I expect something similar here. Who Should Win: “Cinderella”

Who Should Have Been Here: “Brooklyn”

This category can go in literally any direction, with all five representing vastly different forms of costume design. I believe that “Mad Max” is going to take home the prize based on its use of prosthetics as costume (Charlize Theron’s arm), as well as the uniqueness of each individual War Boy. It’s hard to dispute that Immortan Joe is the most recognizable character of 2015, namely due to his complex and over-the-top costume. Still, don’t count out the double nomination for Sandy Powell, who designed the costumes for both “Cinderella” and “Carol.” While I want “Cinderella” to win this bad (it really outshines “The Danish Girl”), I think the biggest threat here is “The Revenant” due to its Best Picture status. Who Will Win: “The Revenant”

Who Should Have Been Here: “Creed”

When a three hour film feels like it is less than that, the editing is surely a feat. This should give “The Revenant” a leg up on “The Big Short,” which mixes in celebrity cameos to explain complex financial ideas. Still, “The Revenant” continues to build to a singular moment, and it is hard to deny that that moment was greatly strengthened by the way the film was cut. It also featured many nightmares and fever dreams for Leo, which further enhanced the movie. I think that “Mad Max” was the best editing in a film this year (the action basically doesn’t stop for the first hour of the film), but I don’t know if the Academy is going to swing it. If “The Big Short” misses here, I think it has no chance to win Best Picture.

Who Will Win: “The Force Awakens”

Who Should Win: “The Force Awakens”

Who Should Have Been Here: “Jurassic World”

This feels like an obvious choice for the Academy, but “The Revenant” has a very real shot here. Not only were visual effects used for the now infamous “bear scene”, but the visual effects artists also shifted out the skylines from some shots to enhance the visual makeup of the wilderness. Still, the effects in “Star Wars” were incredible and gave us some of the most impressive visual sequences in the franchise. I think that the image of the X-wings flying across the water on Takodana (Maz’s planet) might be one of the coolest shots of 2015. The effects here enhanced it greatly, and with hundreds of effects piled on top of practical ones this should be our winner.

Comments Off on Oscar Predictions Part I: Shorts and Below The Line awards