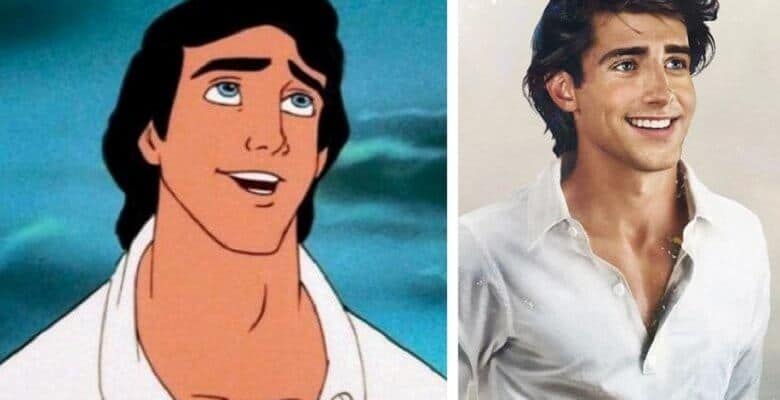 It seems Jirka Väätäinen Design has even more art showing everyone’s favorite animated Disney Princes and leading men in real life and the results are not only incredible but also wildly life-like!

In this addition, we have a look at some of the beloved Disney Princes’ and other leading men from our favorite Disney films, including “Mulan,” “The Princess and the Frog,” “Frozen,” “Peter Pan,” “Hunchback of Notre Dame,” and “Tangled.” Take a look at these graphic images, which look like photographs, below!

Captain Li Shang gets down to business in this life-like portrait. It seems he’s more than prepared for when the Huns arrive.

“The Princess and the Frog”

Kristoff might only be known as an ice harvester. However, in this image, we’d imagine he’s quite the lady’s man as well.

From the looks of this portrait of Peter Pan, it might have you questioning if Neverland is actually a real place.

Captain Phoebus appears reflective and thoughtful and makes us wonder what he could be thinking about.

Flynn Rider may mostly be known as a thief. Although, in this image, all he’s stolen is our hearts.

Thomas served as John Smith’s best friend and his youth and innocence make us think he’s sure to make a faithful friend.

Wonderful artist Jirka Väätäinen Design released this collection of art this morning showing the Disney Princes/Guys in a more real-life way. This is just the first batch so more Disney characters art is on its way.

Artist Jirka has previously gained widespread attention for his envisioning of Disney characters in “Real Life”. See more of his art here jirkavinse.com