As a tour guide, it is important to help my Guests avoid large crowds whenever possible. Part of this involves studying Guest movement patterns to see if there are any consistencies. In almost all of my research, there is one trend that is continuously seen. When given a choice of which direction to head, most people go to the right.

Several theories are surrounding these right turning tendencies. My personal feeling is that it has to do with the fact that we drive on the right side of the road, and most of us are right-handed. Whatever the reason, it is useful information, and even Disney uses it to its advantage.

For example, you needn’t look any further than Main Street in the Magic Kingdom or Hollywood Boulevard in Hollywood Studios. Both of these avenues have their coffee shops, bakeries, etc., on the right side of the street as you enter in the morning. This helps the “right moving” crowd head right into these locations for coffee or a bite to eat. When Guests are leaving at night (in the opposite direction), the entire right-hand side of the street is lined with gift shops, beckoning them to stop in for one last souvenir. This design is not by accident!

Okay, so now we know how Disney uses this concept, but how can we make it work to our advantage? Stated, whenever possible, you should go to your left. In most cases, you’ll find far fewer people moving in that direction. Although this is true at any time and in any Park, it is beneficial at the beginning of the day at the Magic Kingdom.

The first example you will find is right at the turnstiles at Park opening time. The lines on the left-hand side are almost always half as long as those found on the right. After entering the Magic Kingdom, you will see that a huge majority of the Guests head to the right after hitting the hub. Granted, many of them are going to the Seven Dwarfs Mine Train or meeting Anna and Elsa, but this concept had held many years before those attractions opened. Unless you specifically need to get to Fantasyland or Tomorrowland at that time, I highly suggest making the left turn toward Adventureland.

If you head over the Adventureland bridge right after the Park opening, you will find that you have the west side of the Magic Kingdom to yourself. While several thousand Guests enter the Park at this time, only a few dozen go that direction. This is true even on a hectic day. I took these photos yesterday when the crowd level was an 8 out of 10.

My recommendation would be to head all the way to Big Thunder Mountain and Splash Mountain first and then work your way back through Adventureland. You could easily ride the mountains, followed by Jungle Cruise, Magic Carpets, and Pirates of the Caribbean before most people even realize that Adventureland or Frontierland exists! These are all premier attractions that command very long wait times throughout the day, but you can avoid those waits by simply making a left turn early in the morning.

One more example I’ll share is for you Star Wars fans. After entering Hollywood Studios, make your first available left turn and head right past the Indiana Jones Epic Stunt Spectacular. You will see very few Guests in the area of Star Tours, which you can ride multiple times before any actual “line” forms. This is one of Walt Disney World’s best attractions to ride more than once since there are so many variations.

So, the bottom line is: Go left whenever you can! It can save you quite a bit of extra waiting and will help you enjoy your mornings without dealing with huge crowds. 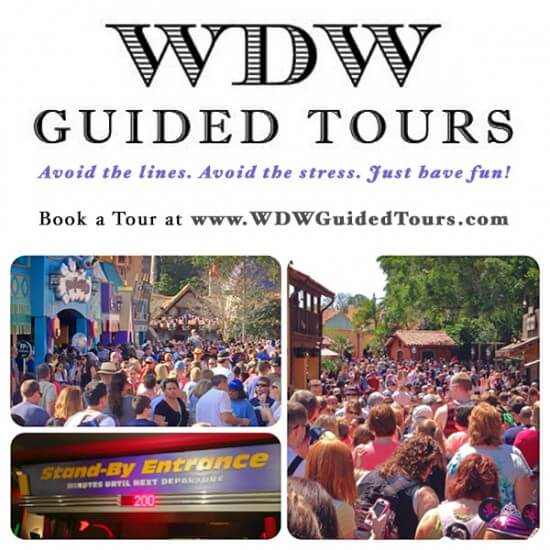