Each of Disney’s latest crop of computer-animated feature films, from “Bolt” to “Tangled” to “Wreck-it Ralph” and culminating in “Frozen,” has been better than the last. The upcoming “Big Hero 6” might be the best yet, and that’s no accident.

These features are coming directly out of Walt Disney Animation Studios, where Chief Creative Officer John Lasseter and his “story trust,” made up of the company’s high-level creatives, mirror Pixar’s creative process by meeting multiple times throughout each film’s development to craft the strongest story they can. Judging by the “Big Hero 6” footage shown to journalists at a recent press event, the process is working. 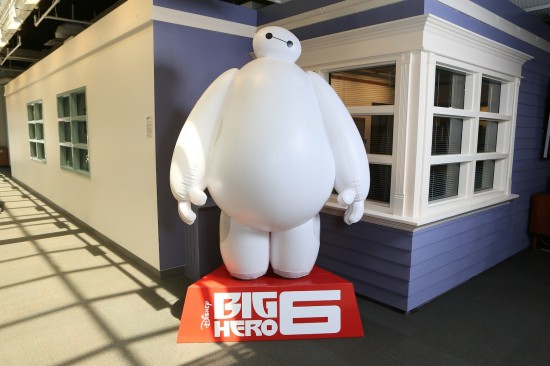 “Big Hero 6” is set in the fictional near-future city of San Fransokyo, which geographically is San Francisco but maybe culturally closer to Tokyo. Boy genius Hiro Hamada gets accepted into San Fransokyo Tech, the university his older brother and his brother’s friends attend, at the ripe age of 14 after showing off his latest miracle science project—mind-controlled “microbots” that can take on any shape. But tragedy strikes, and he becomes despondent. That’s when he meets Baymax, a goofy inflatable healthcare robot invented by his brother, and the two encounter the mysterious masked villain Yokai, who is producing his own microbots for presumably nefarious purposes.

Disney’s animation studio is even decked out with San Fransokyo flair. 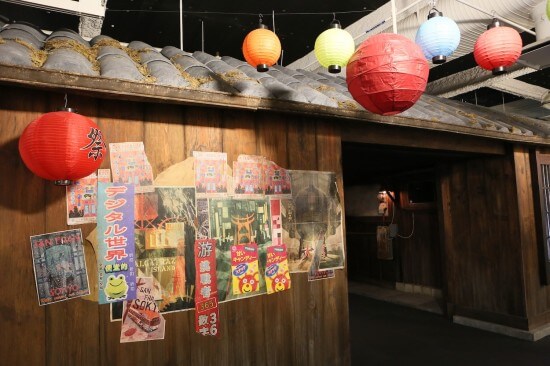 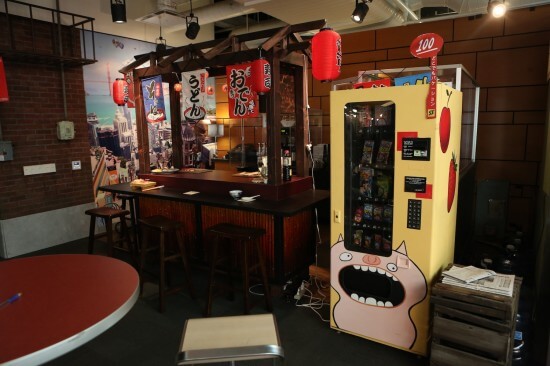 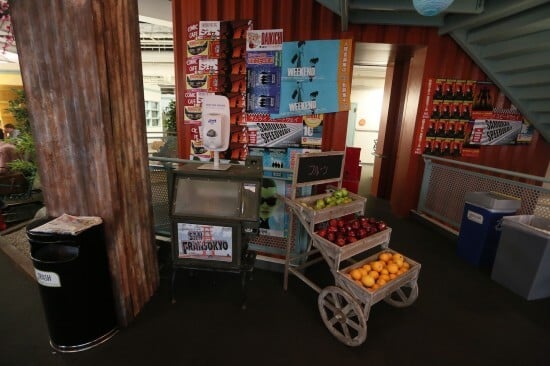 Some of the nearly 30 minutes of footage directors Don Hall and Chris Williams showed us was pretty rough. One portion was just bare-bones sketches with voice-over, while in other scenes, characters’ hair stuck out through the tops of their hats. We started near the beginning of the film when Hiro shows off his invention at a science fair and saw selected clips up through the introduction of Yokai.

Even in its less-than-finished state, this “Big Hero 6” footage hit all the right notes. The film’s character designers, artists, animators, and writers worked hard to give Baymax a unique identity, and he’s definitely unlike any other AI or robot I’ve ever seen onscreen.

When Baymax’s battery runs out, he effectively becomes drunk, stumbling around and mistaking a cat for a “hairy baby.” After their first encounter with Yokai, Hiro surfaces from his funk long enough to build himself and the pot-bellied robot battle armor, turning them into DIY superheroes. We got to see their first test flight, a tumultuous journey twisting around San Fransokyo’s hills and high-rises and up to its floating, blimp-like energy turbines. With Hiro’s instruction, Baymax eventually learns to fist-bump and use slang. They agree the flight was “sick.”

But it was after the footage, the real presentation began, as Disney introduced us to the film’s creators, including its artists, effects artists, animators, writers, directors, and producers. This is where it became clear exactly how much work goes into a film like “Big Hero 6” and the lengths Disney Animation is currently going to ensure each film trumps the last.

Work on “Big Hero 6” began years ago, shortly after Disney bought Marvel in 2009. Director Don Hall was poring over Marvel properties when he discovered the obscure comics the film would eventually borrow its name from. In fact, the name “Big Hero 6” is what drew him to this franchise in the first place—he liked it, and he wanted to know more. The film ultimately resembles its source material little, but Hall said the books’ creators don’t mind their work being reinterpreted, adding that not a single fan has yet to emerge from the woodwork to protest.

One thing they did take from the comics, though, was a “love of Japanese pop culture,” Hall said. That’s where the concept of San Fransokyo came from. It marries the exotic with the familiar in a way that seems almost plausible, despite the pagoda-like architecture donning the Golden Gate Bridge and other landmarks around the city. As the film’s writers began working on its story and characters, its artists took research trips to Tokyo and San Francisco, snapping photos and developing concept art. The results are a city that appears dense, complex, and alive.

Hiro and Baymax aren’t the only ones who get super suits in “Big Hero 6,” and the film lives up to its name with a full team of college-age scientists-turned-superheroes for whom Hiro contrives powerful suits of armor. They’re students at SFT, and their powers reflect their interests. Wasabi plays with lasers and laser swords while chemistry major Honey Lemon pops foam-filled grenades out of her pink-and-yellow purse. Go speeds around with disc-shaped literal “rollerblades” strapped to her wrists and ankles, and Fred, a fan of the giant Japanese monsters known as Kaiju, wears a dragon suit that shoots high-tech blue and red magnesium fire. Baymax flies like a jet, and Hiro rides on his shoulders.

The movie’s effects artists made it clear exactly how much work went into designing each character’s powers. They learned about real cutting-edge chemistry and lasers, visually referencing sources ranging from long-exposure light photography to actual jets. To create the microbots that Hiro and, later, Yokai control, they researched robotics and electro-magnetism, designing tiny bots that work together—like the ants and bees that the effects team studied—to form structures, vehicles, and more in the blink of an eye. An average microbot scene in the film has around 20 million of the little gadgets onscreen. It’s really something to see.

Effects Head Michael Kaschalk and other Team Members explained that they created new technology and new techniques to make “Big Hero 6” look one-of-a-kind, just as the art team designed a unique city. In fact, it seems not one department that worked on “Big Hero 6” relied entirely on established techniques or models, particularly not the animation team, who invented a new program called Denizen that made it simple to animate large crowds in realistic-looking ways.

Everything Disney Animation does still starts with 2D drawings, the film’s animators assured us. Disney legacy animators like Mark Henn, whose resumé includes basically every major Disney animated feature of the ’90s, remain on board to advise and oversee. Henn demonstrated for us how he suggests changes to computer-animated scenes by drawing over them in real-time. “Even though it’s 3D and computer animation, still the basic idea is about communicating ideas, and clarity of poses and expressions is still critical,” he said. But Disney’s animators are looking to the future, too. 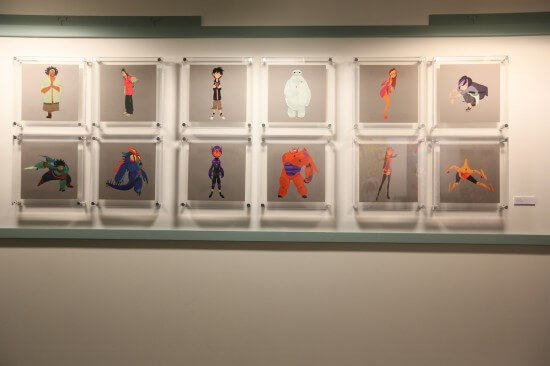 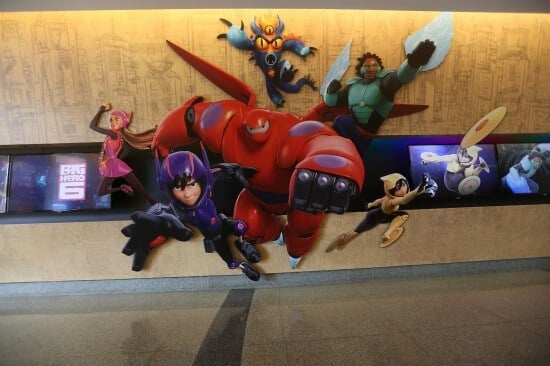 Using Denizen, they created 701 unique background characters to inhabit the city of San Fransokyo. The software lets them create “animation cycles” that can be mixed and matched and assigned to different characters faster and easier than the old method of individually animating individuals. They created over 1,300 of these animation cycles. Considering there are seven “action sequences” and over 1,500 crowd shots in the film—records for Disney Animation, according to Animation Head Zach Parrish—the upfront time to build the software was well worth it. And Denizen will hopefully be built on and used for future films, Parrish said.

But perhaps the most work—or at least the most time—went into the film’s story. And that’s not unusual, Story Head Paul Briggs and screenplay co-writer Robert Baird said. They begin writing a film years before it actually goes into production, storyboarding, and re-writing until the Disney story trust approves. They screen full-length drafts comprised of roughly animated boards and temporary voice-over to the trust up to ten times per film, sometimes discarding as much as 95% of what’s been written and spending months preparing each subsequent version. And they get better and better.

“The first screening is always terrible,” Baird said. “This whole process is like a constant tearing down and rebuilding,” Briggs added. They said watching months of work fall flat to Lasseter and other trust members feels awful, but that’s part of what makes Disney films feel magical. Again, it’s no accident. And it’s magic when they finally get it right. 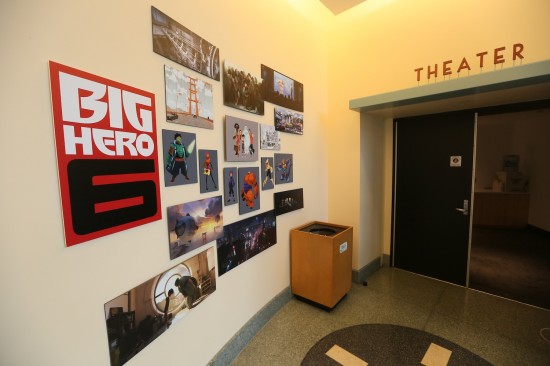 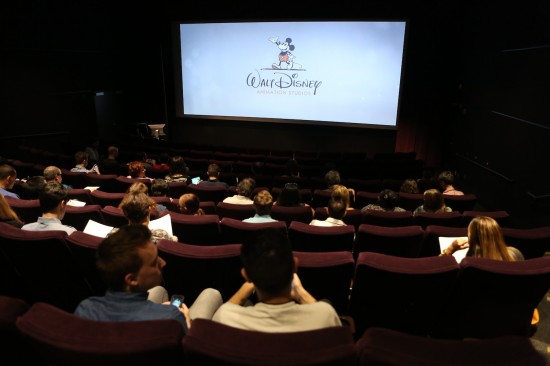 “One of the great things about this place is that we hold production until we have a story,” Hall said during a roundtable interview with him, co-director Williams, and Producer Roy Conli. “That’s the great thing about the story trust structure here and working with John [Lasseter]. Because you are going to find what the heart of the story is before you actually move things forward.”

“John is not going to let anything that doesn’t cut mustard move forward,” he added.

From the outside, it may seem like Walt Disney Animation Studios has this sort of thing down to a perfected science at this point, but everything I saw at this behind-the-scenes event made it clear that that’s only half true. Disney has the science figured out, yes, but that hasn’t stopped the company from experimenting. Creating a film as good as “Big Hero 6” looks like it will take years, and like Disney Animation’s films over the last several years, the movie improves steadily as time progresses.

“There’s never going to be that day where you go, ‘This movie is bad, oh, now this movie is good,” Williams said. “From the very beginning, we all believe this movie’s going to be great. But it’s going to take years of challenging assumptions and hard work to get there.” 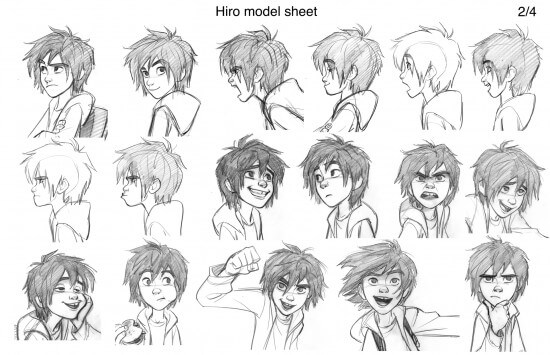 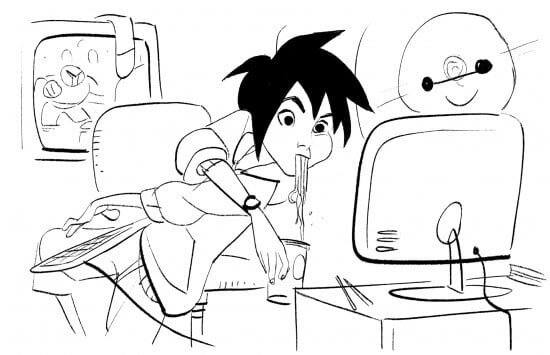 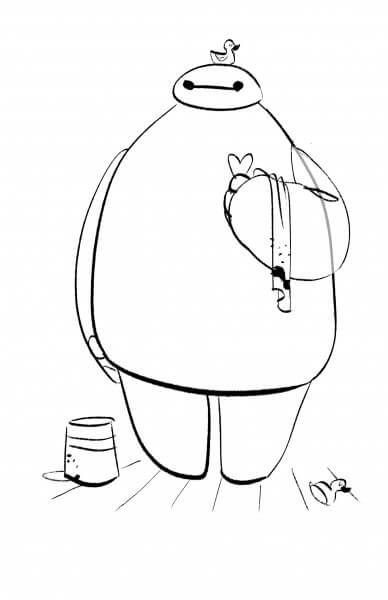 You Can Help Save Baymax In Newly Released Interactive Short

Fan of Hero Big 6, Buy their Merchandise now on ShopDisney.