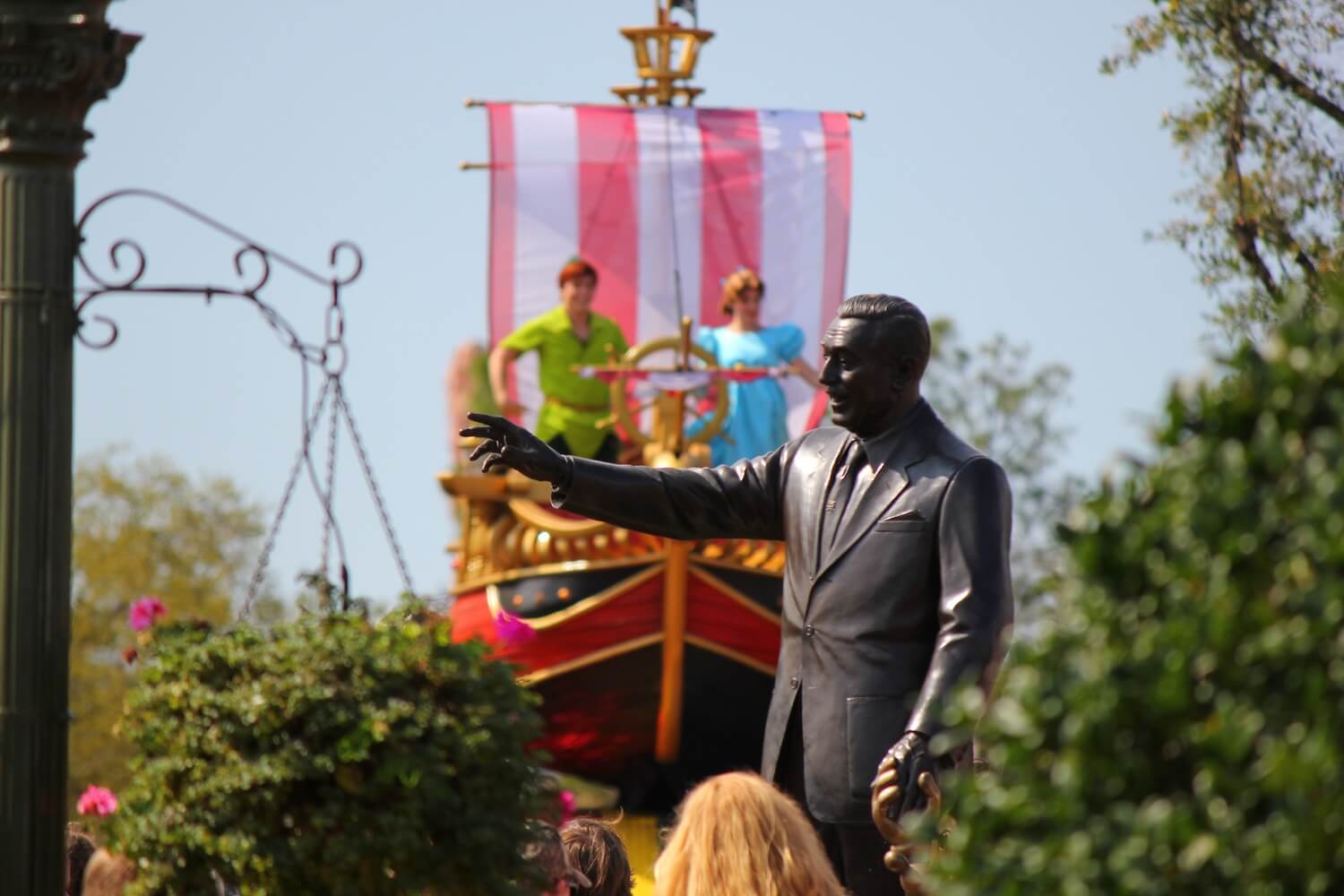 When Walt Disney World debuted the new Festival of Fantasy Parade this week, I captured the excitement from two angles, getting wide and close-up shots of the characters, performers, and floats.

The right side of Central Plaza affords a great view of the parade with Cinderella Castle in the background, but also offered an unexpected surprise. As I turned to my left, I noticed the floats making their way across the bridge from Liberty Square in the distance, just beyond the Partners statue of Walt Disney, as if he was looking on.

Would he approve of the Magic Kingdom’s newest entertainment offering? No one can say for sure, but I find it nice to see his image in the same “frame” as the floats. I do believe Walt would have been wonderfully impressed by the giant Maleficent dragon making its way through the park, flames and all. A friend also sent me one more image – a reverse angle of Walt and Mickey together watching the final Festival of Fantasy float soar down Main Street USA. Many changes are soon coming to the area surrounding the Partners statue, with expanded paths, more foliage, and other decorations. But Walt and Mickey will still remain at its center, forever watching over all the updates to his Magic Kingdom.

The rest of the pictures along with video, thoughts, and interviews from the Festival of Fantasy parade can be found here.