The Hatbox Ghost has returned to Anaheim – but he’s not back in The Haunted Mansion. Instead, Walt Disney Imagineers have used the latest Audio-Animatronics technology to create a smoothly moving figure at the 2013 D23 Expo as a demonstration and guaranteed attention-grabber in the “Journey Into Imagineering” Disney Parks and Resorts pavilion.

Watch him like never before in the video below, along with an explanation from a pair of Imagineers who helped create him.

Video: The Hatbox Ghost reanimated at the 2013 D23 Expo
https://www.youtube.com/watch?v=cLFD-TBRdgA

The Hatbox Ghost is the most notorious resident of The Haunted Mansion, standing in the ride’s attic scene for merely a week or two when it first opened on August 9, 1969, showcasing a special effect that made his head disappear and reappear in the hatbox that he was holding. Unfortunately, the effect was never convincing, so despite his iconic look, he was forever lost to the boundless realm of the supernatural.

But the Hatbox Ghost is no stranger to Disney fans, appearing on many pieces of merchandise, the biggest and best of which was a full-size sculpted version put up for auction at the first D23 Expo in 2009, rumored to have ended up in possession of Hollywood director (and Haunted Mansion fan) Guillermo del Toro. He even inspired and starred in the short film Missing in the Mansion.

Imagineers felt there would be no better character to bring to “life” at the D23 Expo this year, using a modern A100 figure (like the auctioneer in Disneyland’s Pirates of the Caribbean and Abraham Lincoln in Great Moments with Mr. Lincoln) to achieve the most fluid movements this character has ever had. 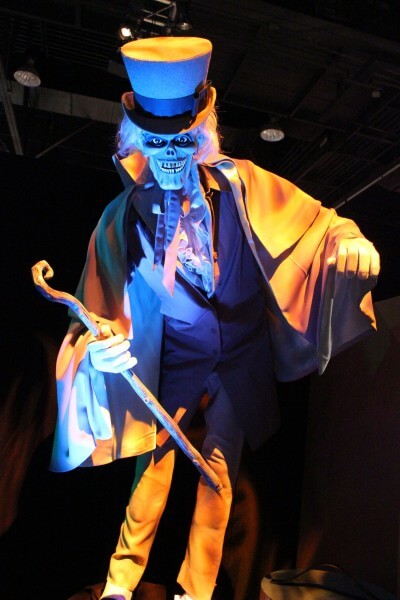 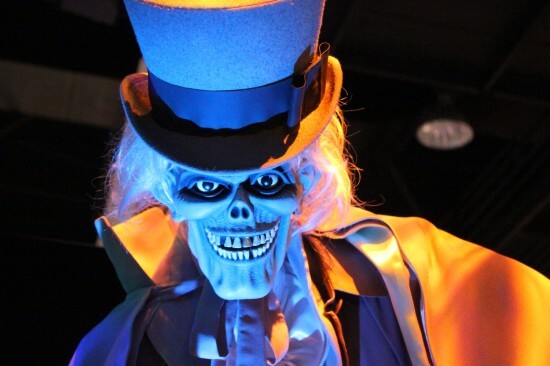 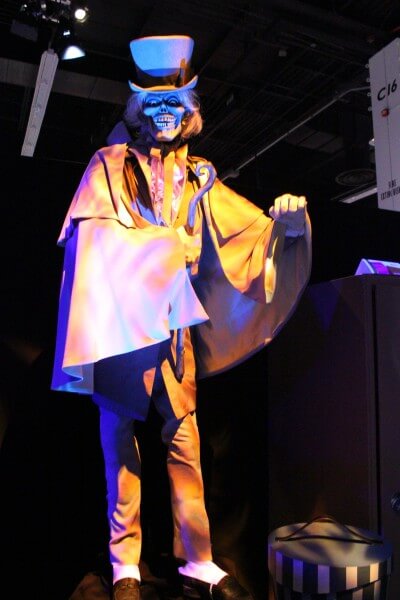 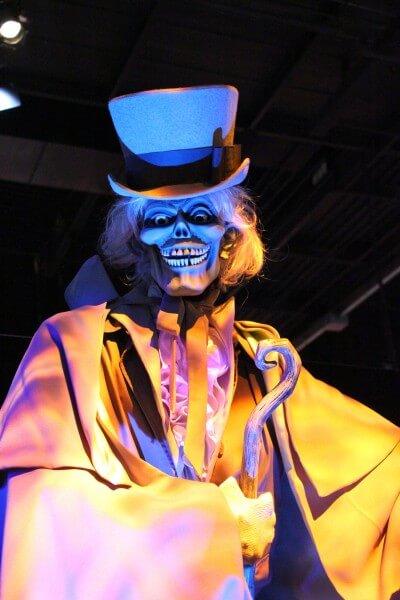 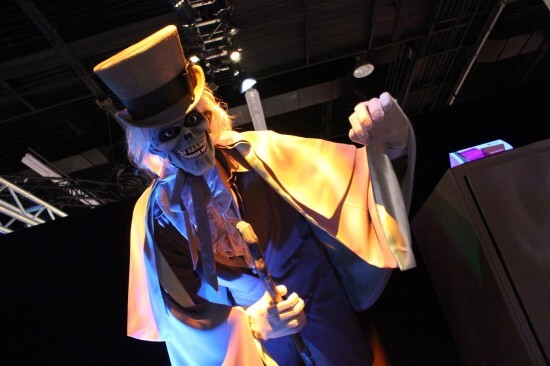 His hatbox effect is still not there. In fact, the hatbox itself is simply sitting next to him. That’s not the point. But bathed in eerie blue and orange light, he switches from pose to pose, staring D23 Expo attendees down from atop a pedestal, leaving all who see him wondering what The Haunted Mansion would be like if all 999 happy haunts were as advanced as this one.

The exhibit also features a few other familiar robotic faces, including Figment, droids from Star Tours, and Mater’s mouth from Radiator Springs Racers. 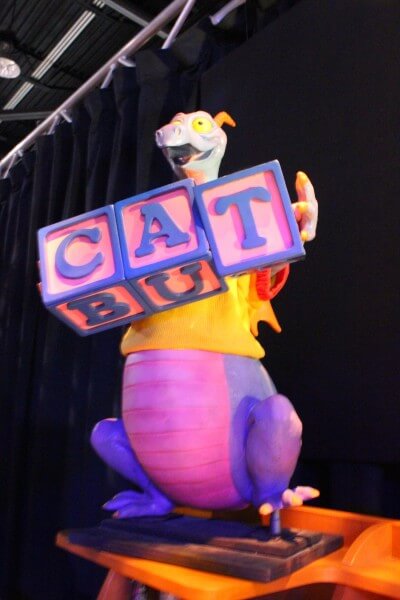 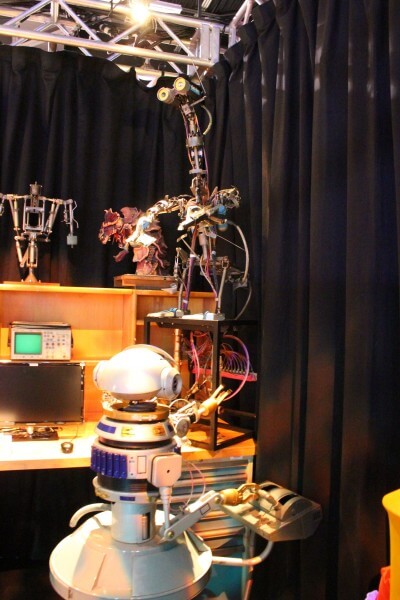 But will the Hatbox Ghost ever return, whether in an advanced form like this or a more traditional (but working) version of the original? When asked about the possibility, Imagineers working the exhibit dodged the question, seeming to insinuate that it’s bound to happen someday.