Among the many highlights of the 2013 D23 Expo was the surprise at the end of the Disney Interactive presentation, finishing with a look at Disney Infinity. The highly-anticipated video game that combines characters from many different Disney worlds will be released this coming Sunday, August 18, 2013, but only attendees of that Expo presentation received an exclusive figure not available to the public until next year. 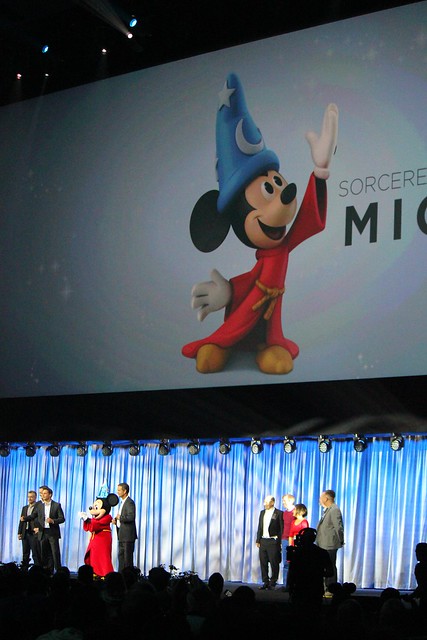 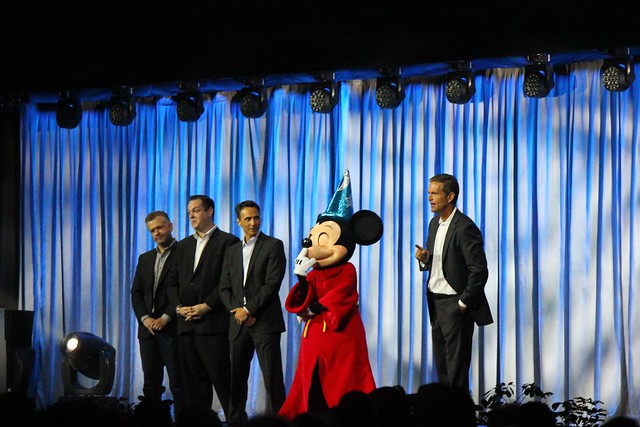 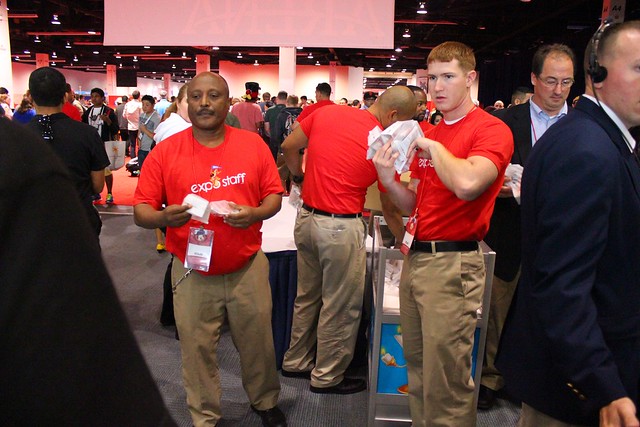 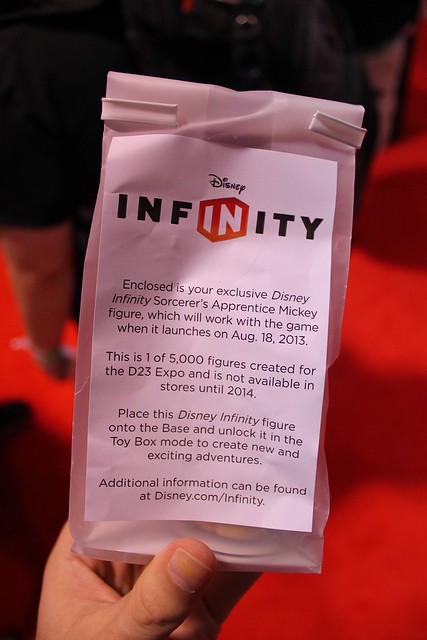 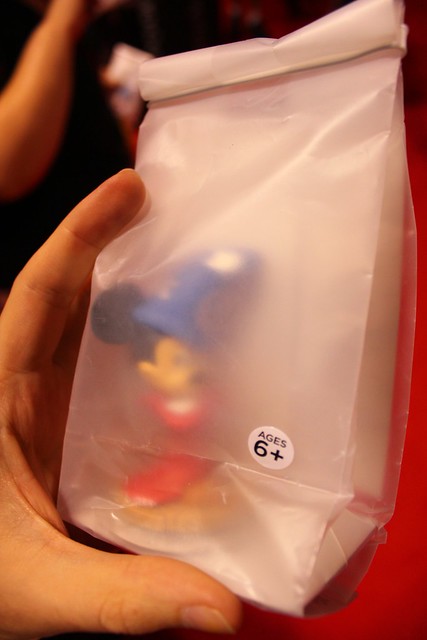 Among other announcements, Sorcerer’s Apprentice Mickey Mouse was revealed to be part of Disney Infinity, much to the delight of Disney fans in the audience. On the way out, each person was handed a figure of Mickey Mouse – but thanks to Disney Interactive, we have an extra to give away to those who weren’t able to be there in person. 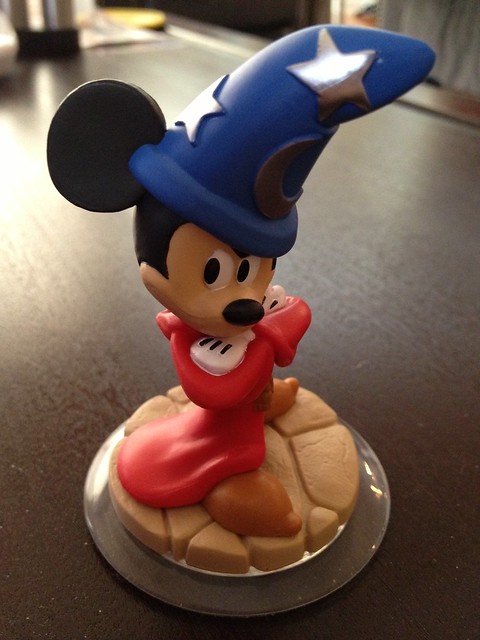 In fact, we have two extras. One will be given away via the contest detailed below, the other via a separate contest on Show 436, our D23 Expo wrap-up podcast, which will be released later today.

One (1) winner will be chosen to each receive:

There are two methods to enter for a chance to win this giveaway:

ENTRY METHOD 1: Comment at the bottom of this post with the name of the Disney character you’d most like to see in Disney Infinity. (When commenting, be sure to completely fill out the form, including your name and e-mail address so we can contact you if you’re chosen to win.)

The contest period begins with the publishing date and time of this article and ends August 18, 2013, at 11:59 p.m. ET. One (1) winner will be randomly selected from all entries. Entry Method 1 may be used once per person for the duration of the contest. Entry Method 2 may be used once per day, per person, for a total of five (5) possible entries per person. The winners will be contacted on or around August 19, 2013, either via e-mail or direct message on Twitter, depending on the method of entry. Any attempt at duplicate or fraudulent entries by the same person using multiple email addresses or names will immediately disqualify that person from the contest.

Separate from the giveaway described above, one more winner will be chosen from those who correctly answer a trivia question asked during Show 436 of our podcast, so be sure to listen for another chance to win!