Today Walt Disney World president George Kalogridis announced a new daytime parade is on the way next year for the Magic Kingdom. The Disney Festival of Fantasy Parade will debut in spring 2014, bringing the stories of New Fantasyland throughout the park with all-new parade floats, costumes, and an original soundtrack featuring songs from favorite Disney films – and a new parade theme song.

Featured stories and characters will be from “The Little Mermaid,” “Sleeping Beauty,” “Dumbo,” “Pinocchio,” “Peter Pan,” “Tangled,” and “Brave,” among others. 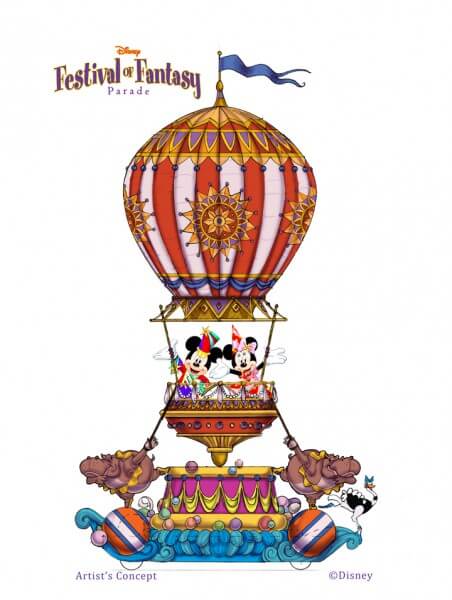 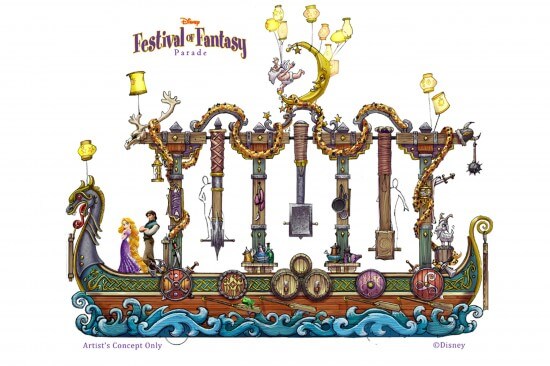 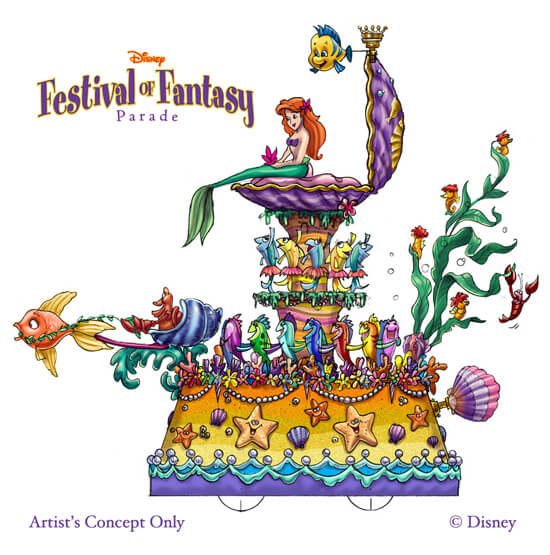 Festival of Fantasy will replace the Celebrate a Dream Come to True Parade, which has run under various incarnations since 2001. It will be the first all-new daytime parade for the Magic Kingdom in 13 years when it debuts.

Celebrate a Dream Come True will have its final performances January 1-4, 2014.