As the International Association of Amusement Parks and Attractions (IAAPA) Expo 2012 kicked off in Orlando, SeaWorld Orlando revealed the ride vehicle that will take guests on a first-of-its-kind ride in the park’s 2013 attraction, Antarctica: Empire of the Penguin.

Under the competition-fueled slogan of “game on,” president of SeaWorld Parks and Resorts Orlando Terry Prather dropped a giant curtain to show off the large 8-person ride vehicle that will transport guests into the icy cold environments of Antarctica aboard the state-of-the-art Empire of the Penguin ride.

Video: SeaWorld Orlando unveils the Empire of the Penguin ride vehicle at IAAPA 2012

Amidst hundreds of penguins, real and virtual, these high-tech vehicles are not only trackless, ensuring a different experience upon each ride, but also mobile motion simulators, featuring movements that allow the riders to seemingly slide along icy terrains while following a young penguin’s adventures in the attraction’s story. SeaWorld says this combination is a theme park first. In addition, guests will have the chance to choose one of two levels of adventure, more intense and less, with each level featuring multiple variations for a feeling of unpredictability. 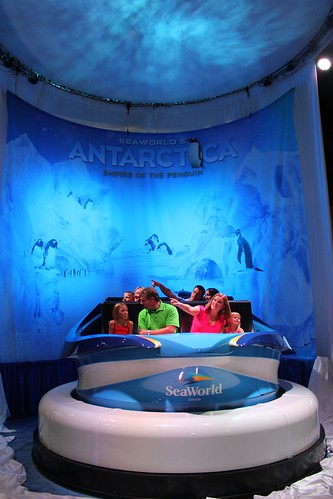 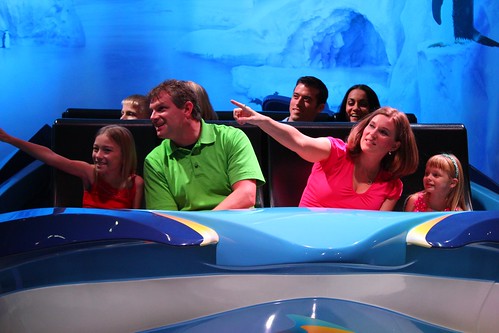 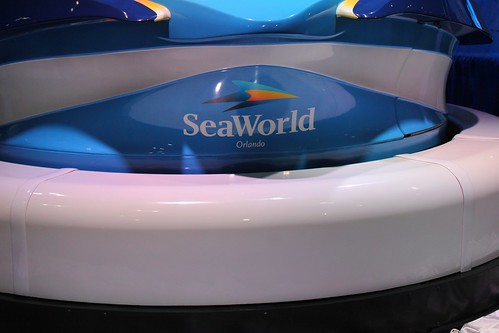 “There’s nothing else like this in the world,” said Brian Morrow, SeaWorld Parks & Entertainment creative director. “Next year, this is the vehicle that will take families on an epic adventure and allow them to experience and interact with the thrills, wonders and dangers of Antarctica, all through the eyes of a very special penguin. When our little hero penguin learns to waddle and slide, we’ll feel what it’s like as the car moves and reacts to the storyline. When he takes his first swim or barely escapes danger, our guests will feel as if they’re right there with him.” 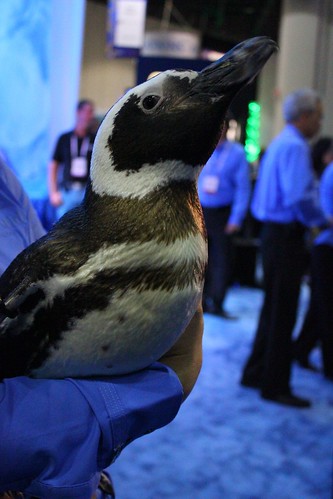 Antarctica: Empire of the Penguin is the biggest expansion in company history. Park execs consider the attraction an all-new “realm,” rather than a single attraction. Antarctica’s scope includes the ride, penguin colony, gift shop and restaurant, all opening in 2013. More information about Antarctica can be found on SeaWorld’s web site.

More photos from SeaWorld Orlando’s Empire of the Penguin reveal: