High above the Shafter-Minter Field airport in California, an animated flying dragon has been spotted soaring through the skies. This mechanical flying beast has been linked to Walt Disney Imagineering, being tested roughly 2 hours north of their Glendale, Calif. headquarters.

The dragon is a variation on an ultralight aircraft, utilizing a fan and kite to stay afloat while an onboard pilot navigates it. According to The Bakersfield Californian, Disney intended to keep this test dragon a secret, requiring nondisclosure and confidentiality agreements to be signed by airport officials working with them. But it was still noticed, with local restaurant manager Tammy Zaninovich posting photos online (and subsequently shared by the Californian), noting that the dragon does more than fly – it “breaths fire and the mouth opens and closes.”

UPDATE (12/2/12): It seems Disney’s new dragon will be used for the New Fantasyland expansion of the Magic Kingdom. Click for details.

But what are Disney’s plans with this fully functional, flying dragon? The first word on fans’ minds: “Avatar.” 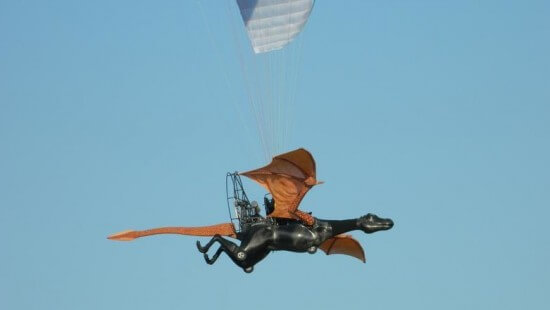 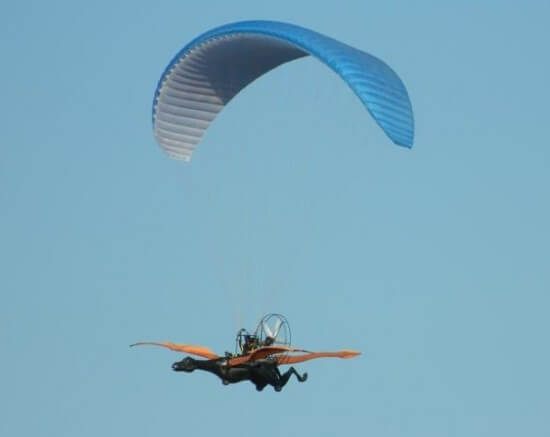 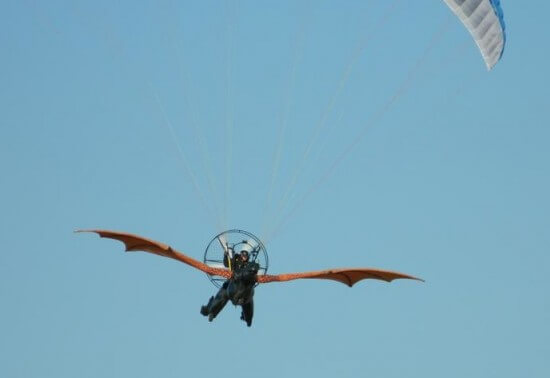 (Photos by Tammy Zaninovich, via The Bakersfield Californian)

It’s been nine months since Disney announced they plan to work with director James Cameron to build a new land devoted to “Avatar” at Disney’s Animal Kingdom theme park at Walt Disney World in Orlando, Fla. Other than a few occasional references to the project, Disney and Cameron have remained largely quiet on the details of what would be included, as much of it is still being designed and decided upon.

But this flying dragon identically matches a March 2010 patent filing we first shared when the “Avatar” announcement was made, detailing exactly the mechanical creature seen above, speculating that they could be related. Disney still isn’t talking. Though it’s tempting to immediately link this flying dragon aircraft with the “Avatar” project, it could be in development for an entirely different experience, perhaps not even for a United States theme park – or not even a park at all. It may simply be one of the many tests Walt Disney Imagineering runs as part of extensive research and development into new technologies and forms of entertainment. One commenter on the original photo album stated last month the dragon is definitely Disney’s, but unrelated to “Avatar.” But Disney could simply be holding onto that secret.

Dragons have been associated with Disney’s Animal Kingdom since long before “Avatar” even made it to the box office, far before the theme park announcement. The original logo for the park prominently featured a dragon, front and center: 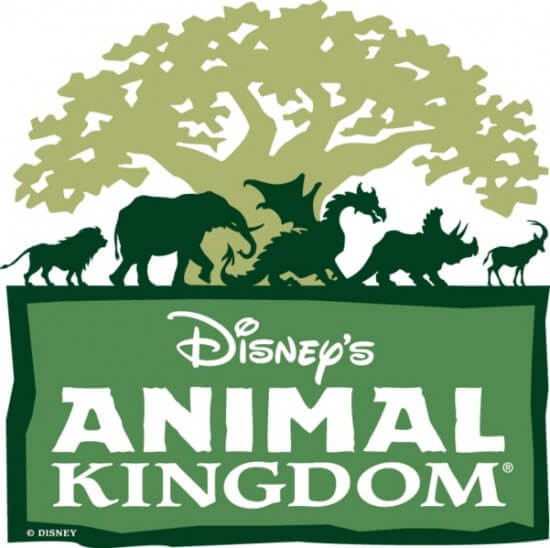 Even if this particular flying dragon has nothing to do with “Avatar,” it still brings to mind the never-built Animal Kingdom concept called “The Beastly Kingdom.”

This also isn’t the first time Disney has utilized ultralights. Around two decades ago, Walt Disney World rolled out shows called “Skylaidescope” and “Surprise in the Skies” at EPCOT in the late ’80s and early ’90s, featuring the light-weight aircraft high above Guests’ heads. The aircraft even had their own small airport on Walt Disney World property (now the recently-opened Disney’s Art of Animation Resort).

The fact, however, that this dragon began as a patent filed more than two years ago, surely with much research, development, and design work before that filling, and now has appeared as a functional prototype above a California airfield, must indicate Disney is serious about pursuing the creation. Whatever use Disney has planned for this dragon, it’s doubtful theme park Guests would be allowed to ride on it. A good chance plans involve working it into a show, with only trained experts taking control and soaring through the air. Though when pixie dust is involved, all that can be expected from Disney is the unexpected.

Will this test result in an ultralight aircraft skinned to look like an Avatar flying “Ikran” with a blue Navi riding on its back when Disney debuts its “Avatar” in 3-4 years? That secret remains locked behind walls at Imagineering. But in the meantime, the locals around the Shafter-Minter Field airport are keeping a close watch on the skies, all the while saying to Disney, “I see you.”