The American Idol Experience opened just over three years ago at Disney’s Hollywood Studios, on Feb. 12, 2009, with a star-studded premiere night. Just over three years later, the guest performance-based attraction continues to be updated while the television series has undergone major changes.

The most recent update is the addition of 14 new songs now available for guests to sing, including two from past “American Idol” winners, each chosen from recommendations by guests and Cast Members:

“Gone” – Scotty McCreery
“Before He Cheats” – Carrie Underwood
“Chicken Fried” – Zac Brown Band
“Love Story, The Story of Us” – Taylor Swift
“My Kinda Party” – Jason Aldean
“Stuck Like Glue” – Sugarland
“Dock of the Bay” – Otis Redding
“Get Here” – Oleta Adams
“I Can Only Imagine” – MercyMe
“Lean On Me” – Bill Withers
“Something To Talk About” – Bonnie Raitt
“Heartbreaker” – Pat Benatar
“Just Haven’t Met You Yet” – Michael Bublé
“Use Somebody” – Kings of Leon

When the American Idol Experience debuted, the mega-popular TV show was still holding onto its tried-and-true formula, featuring a flurry of singing contestants, good and bad, appearing before the three-judge panel of Simon Cowell, Paula Abdul, and Randy Jackson. But in recent seasons, two of these original stars have moved on, replaced by Jennifer Lopez and Aerosmith’s Steven Tyler. Cowell brought his “X Factor” show to the United States, also featuring Abdul in a judging role for a while. But meanwhile at American Idol Experience, the panel of three judges on stage critiquing each guest performance still generally mirrors the original trio, with a snarky British judge, a sassy female judge, and a straight-shooting black judge. 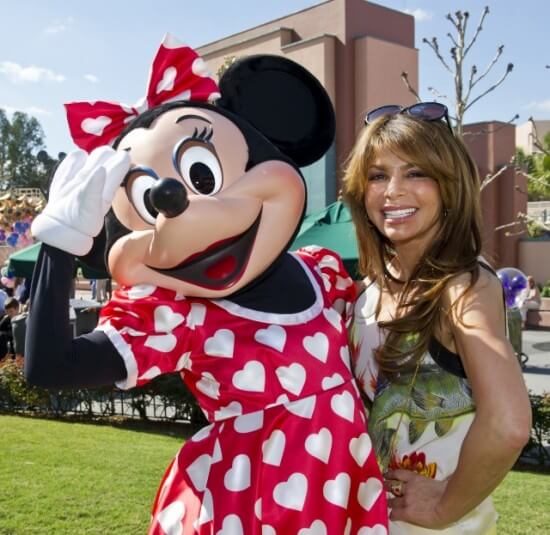 But while she did meet with Minnie Mouse and drop in on the Twilight Zone Tower of Terror, there’s no indication that Abdul visited the Disney version of her former TV home at the American Idol Experience yesterday. She did after all reluctantly announce she was leaving the show just six months after Disney held its attraction debut, where she was in attendance walking the blue carpet and meeting fans: 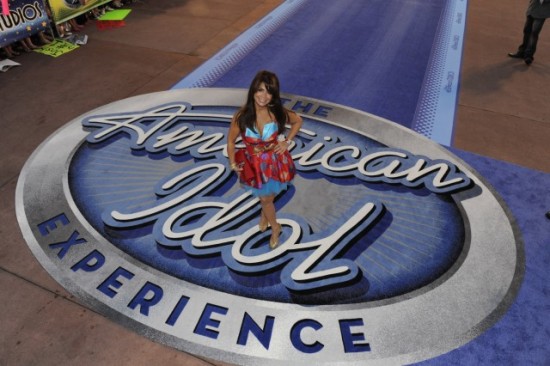 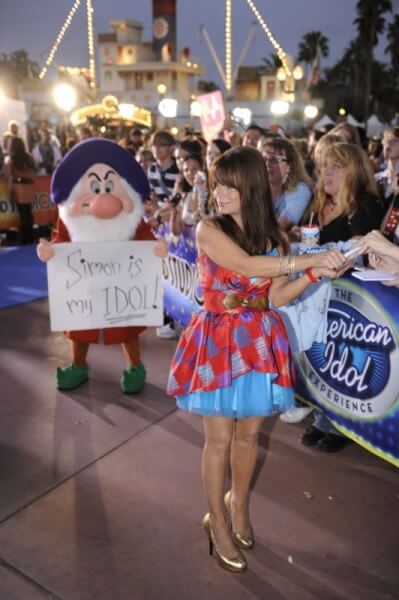 Following her abrupt departure from “Idol,” Abdul was ultimately fired from her judging duties on “X Factor,” so the return visit to Disney’s Hollywood Studios was likely bittersweet, posing for the above photo with Minnie Mouse just across the courtyard from where she was celebrated just three years ago as one of the hit TV show’s biggest stars.

I can’t confirm whether or not Abdul visited the American Idol Experience at all during her visit yesterday (it seems unlikely), but as the show’s ratings begin to slip in its 11th season, Disney is actively making an effort to ensure their attraction stays fresh, with hopes that an updated song list and the continued daily chance at a “golden ticket” to stardom will be enough to entice Disney’s Hollywood Studios guests to visit – even if Abdul doesn’t. 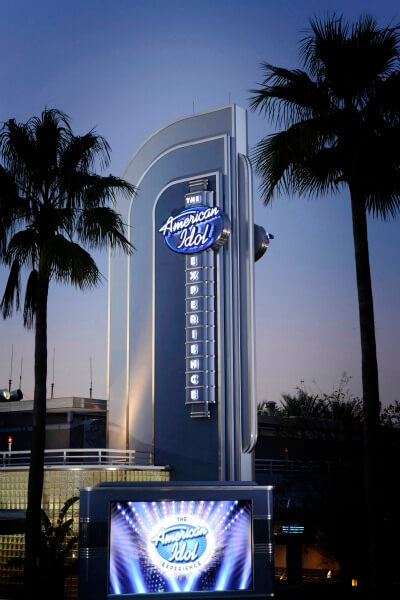