Emerging from the private collections of Hollywood enthusiasts comes Profiles in History‘s Hollywood Auction 43, putting up for sale not only a treasure trove of one-of-a-kind props, costumes, and other memorabilia but also an assortment of unique Disney collectibles from film and theme parks.

The focus of the auction is on rare pieces of Hollywood history, including an original Hoverboard and Biff Tannen’s famous cane from Back to the Future II, several life-sized “Endoskeleton” puppets from the various Terminator films, props and costumes from the Star Wars and Star Trek series, and even an original opening scene matte painting from The Wizard of Oz. Its 396-page catalog contains items the majority of us can only dream of affording, with the most expensive items expected to potentially bring bids of more than $300,000. Items emerging from the world of Disney are no exception, not quite expected to reach that high price point, but will still bring a pretty penny.

The highlight of the Disney artifacts being sold in the auction is an original stretching room oil painting from my favorite attraction, The Haunted Mansion. (Item 495, page 141) At 42″ wide and a whopping 121″ tall (that’s more than 10 feet!), this painting would quickly become the centerpiece of any Haunted Mansion collection. Unfortunately, the expected $30,000 – $50,000 selling price puts it far out of the reach of most Mansion collectors, myself included. According to the auction listing, this painting is truly an original. That is, it is hand-painted acrylic on heavy canvas, not a reproduction print, and is presumed to have been used in one of the attraction’s two stretching rooms when it first opened at Disneyland in 1969, hanging there for a period of roughly 3 years.

Another piece of DIsneyland history being auctioned off is a large piece of Casey Jr train car ornamentation. (Item 494, page 140) The classic Fantasyland ride is filled with such decorations and this large piece would look great in any Disney fan‘s collection, though the expected selling price of $20,000 – $25,000 would once again likely put it out of most bidders’ range. 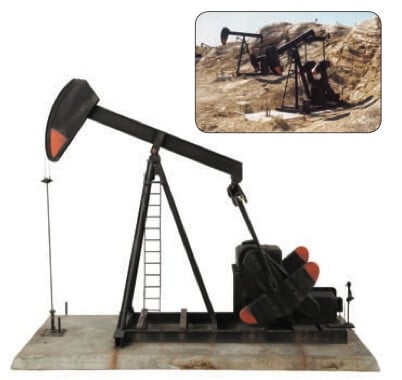 From Epcot comes a few oil derrick miniature models (Items 1176 & 1177, page 327) that were photographed for Universe of Energy ride. The attraction is currently home to Ellen DeGeneres, Bill Nye the Science Guy, and Jamie Lee Curtis, taking guests on an adventure through time, teaching about (what else?) energy sources. These models are prominently seen in one of the attraction’s films and are expected to bring $1,500 – $3,000, a much more manageable price for anyone who is a big fan of this ride. 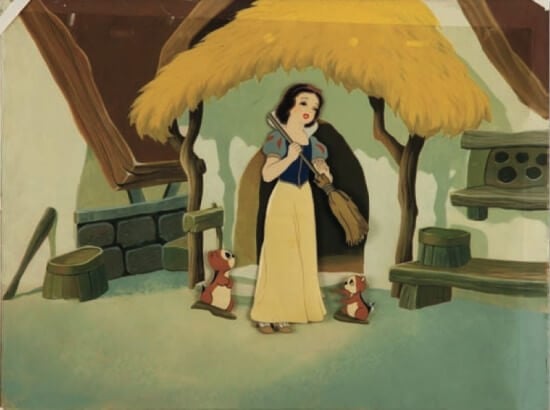 A few practically priceless items from Disney movies are being sold at the auction, including an original Snow White and the Seven Dwarves 1937 production cel (Item 485, page 137), expected to bring $5,000 – $7,000. 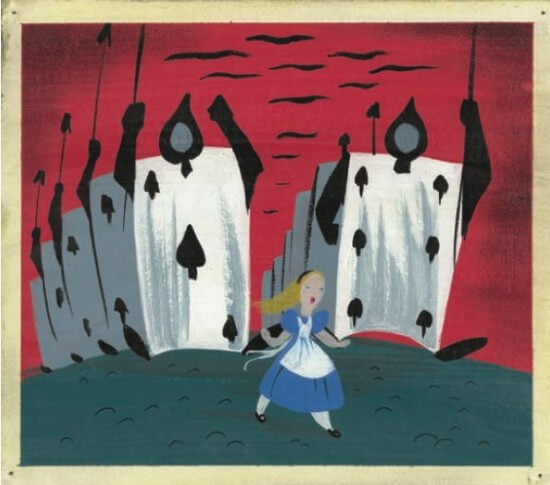 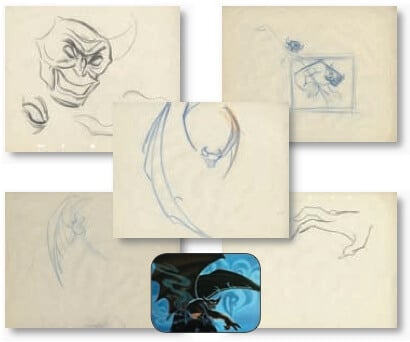 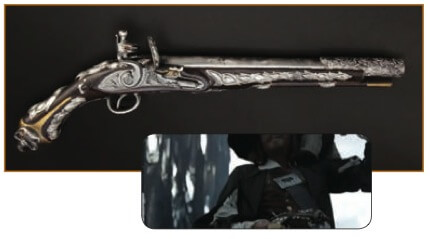 Sparrow’s nemesis, Captain Barbossa, also offers up his flintlock pistol from Pirates of the Caribbean: The Curse of the Black Pearl (Item 862, page 250) for a bit less, at an expected selling price of $1,000 – $1,500. 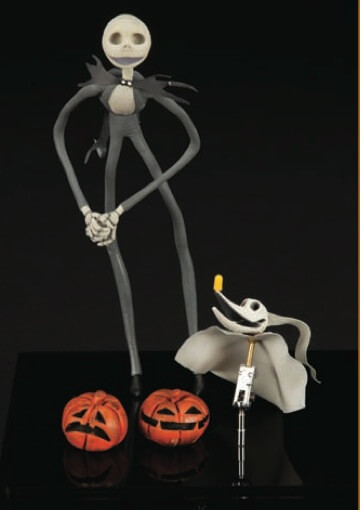 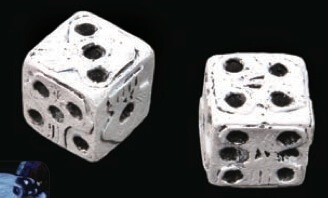 Spanning decades of Hollywood history, Profiles in History’s Hollywood Auction 43 may be the place to purchase the ultimate Christmas gift for anyone with an abundance of spare cash this holiday season. The auction will take place Dec. 17 & 18, 2010 12:00 PM PST at the Saban Theatre in Beverly Hills, CA. Online, telephone, and absentee bidding will be available and if the auction series’ history holds true, the actual sale price for many of the items above will far exceed the estimates above. You can download and browse the complete auction catalog for free or order a printed copy for a fee.

Do you plan on bidding on any of these famous Disney items, or any others, in the Hollywood Auction? Post below! If you win anything, let us know so we can all be extremely jealous.