Disney’s Main Street Electrical Parade has returned to Walt Disney World in Orlando. Today pictures of the classic parade passing through the Magic Kingdom and in front of the iconic Cinderella Castle were released, presumably snapped during last night’s cast member preview of the show: 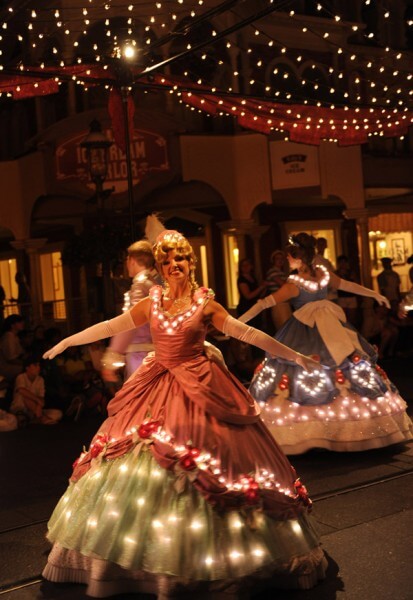 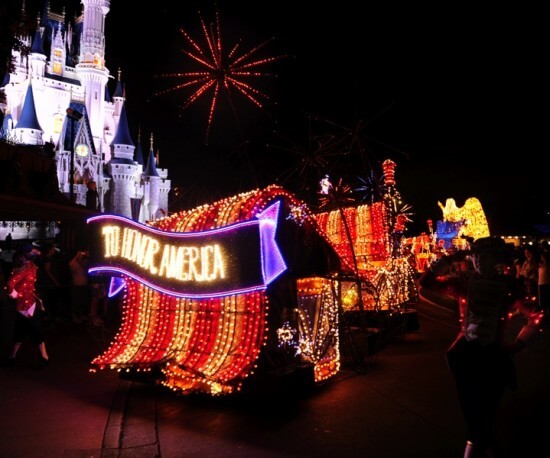 Update (6/5/10): Disney has also released a great video preview of the parade, which offers an overview of it traveling down Main Street and past Cinderella Castle:

Last week, we ventured behind-the-scenes to take a tour of the Main Street Electrical Parade set up and ready go, housed in a warehouse behind the Magic Kingdom:

We also learned a bit more about how the parade floats are maintained and operated.

Be sure to listen to Show 269 of the Inside the Magic podcast to hear interviews with several of Disney’s technicians discussing the parade and other Summer Nightastic events premiering this weekend.

The Main Street Electrical Parade first premiered in Orlando in 1972 and will once again make its public debut this weekend, first in a preview on the night of Saturday, June 5, and then officially on Sunday, June 6. Also debuting at the Magic Kingdom this weekend is the new Summer Nightastic Fireworks Spectacular.