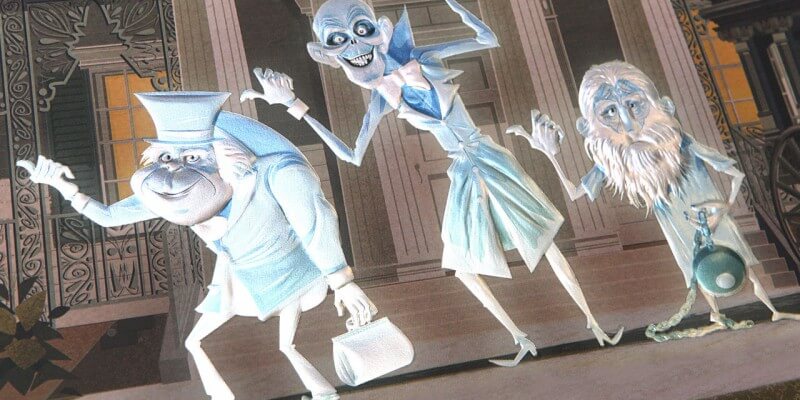 I have previously posted about this lovely Haunted Mansion picture book and CD coming to stores this Summer but now the Disney Parks Blog has been nice enough to give us a sneak peek inside the book. The book is is part of a new series from Disney Publishing called “Disney Parks Presents” and is being called a children’s book but I’m pretty sure there is plenty of adults out there that would love to add this to their Haunted Mansion collection. The Haunted Mansion is the first Disney Parks attraction featured in the Disney Parks Presents series. On the inside cover, readers will find a CD containing a uniquely created 5-minute and 32-second musical tour through the attraction. The track includes the classic “Grim Grinning Ghosts” song by Buddy Baker and Xavier Atencio that inspired the book. Illustrations for the 32 page book were created by James Gilleard, an artist from London, England.

Future “Disney Parks Presents” books will feature attractions such as Pirates of the Caribbean and the world famous Jungle Cruise, each with its own unique art style.

Look for “Disney Parks Presents: The Haunted Mansion” in select merchandise locations this summer at Disney Parks or at other favorite retailers nationwide such as Amazon.

Will you be adding this book to your Haunted Mansion collection?