Universal Orlando Lines Getting Out of Hand - Inside the Magic 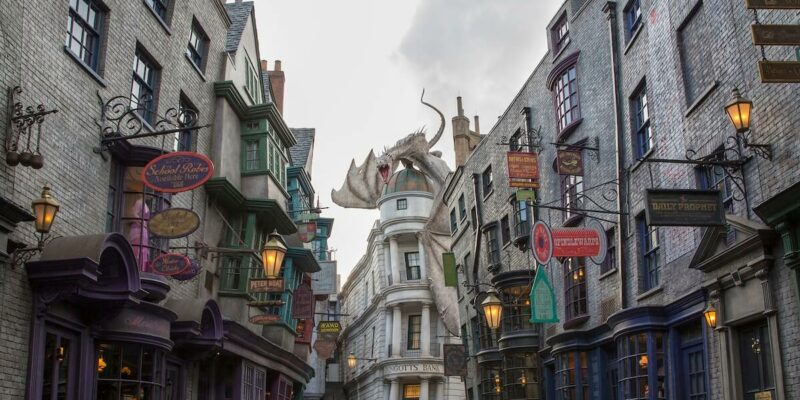 Universal Orlando Resort is a popular tourist location. Universal is known for having two exciting theme parks and a water park.

Universal Studios Florida and Universal’s Islands of Adventure have something for the whole family to enjoy. One popular location Guests travel to see is the Wizarding World of Harry Potter.

Guests wanting to enjoy Harry Potter attractions can go to either theme park. However, Guests who may want to ride the Hogwarts Express will need a Park-to-Park ticket to ride and visit both lands of The Wizarding World of Harry Potter. The train travels between Hogsmeade in Universal’s Islands of Adventure and Diagon Alley in Universal Studios Florida.

One of the most popular attractions in the Wizarding World resides in Diagon Alley at Universal Studios Florida.

Universal describes Harry Potter and the Escape from Gringotts like this:

“Guests will enter beneath a massive fire-breathing dragon and journey deep underground on this multi-dimensional thrill ride. As Guests navigate perilous subterranean vaults, they will encounter Harry, Ron, and Hermione. But you’ll have to evade the wrath of villains Voldemort, Bellatrix, trolls and other creatures that stand between you and a safe return to Diagon Alley.”

According to Rubeus Hagrid, other than Hogwarts School of Witchcraft and Wizardry, Gringotts is the safest place in the Wizarding World. The motto of Gringotts Wizarding Bank is “Fortius Quo Fidelius,” a Latin phrase that means “Strength through loyalty.” 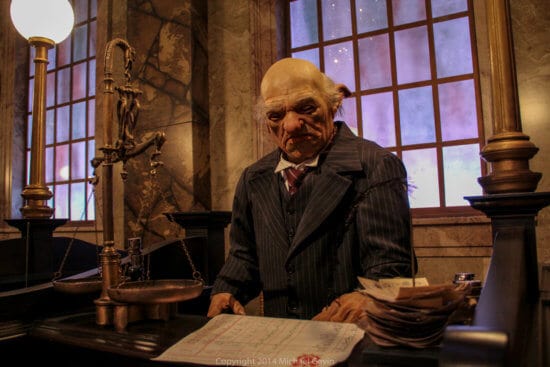 One Guest snapped a photo of the line from Harry Potter and the Escape from Gringotts outside of Diagon Alley, nowhere near the front of the queue line.

Inside Universal tweeted The queue line for Escape from Gringotts starts outside Diagon Alley. @UniversalORL

The queue line for Escape from Gringotts starts outside Diagon Alley. 😳 @UniversalORL pic.twitter.com/QuObrWenUN

What do you think of the Gringotts line being lined up outside of Diagon Alley? Let us know in the comments!