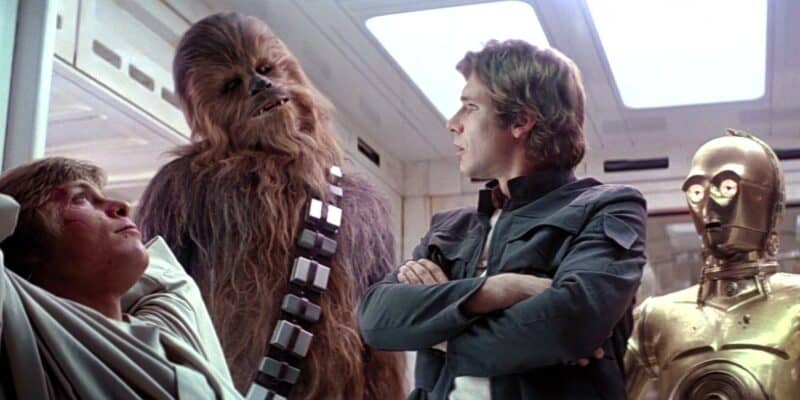 The Empire has decided to bare it all.

For the month of January, see the Empire in an entirely new light.

The Montalbán Theatre, located in the heart of Hollywood, California, is home to “The Empire Strips Back,” A Burlesque Parody featuring some of your favorite ‘Star Wars’ characters like Darth Vader, Luke Skywalker, and Princess Leia.

The show’s website boasts, “Let us deliver you to the dark side! With comedy and allure, loving detail and hilarious parody, The Empire Strips Back drops classic Star Wars characters into the world of burlesque.”

“Be prepared for some seriously sultry Stormtroopers, a dangerously enticing Boba Fett, some tantalizing Twi’leks, a delightfully luke-warm Taun Taun, a lady-like Skywalker, the Droids you are looking for, and much, much more! Get your tickets to The Empire Strips Back in Los Angeles!“

The hit ‘Star Wars’ burlesque parody, The Empire Strips Back, is finally open again! Playing in Los Angeles through January, this previously sold-out experience drops classic sci-fi characters into the world of burlesque. Ready to enter your dark side?

The show runs Thursday thru Sunday for the month of January.

You can choose from general admission or get the VIP treatment. This extra special treatment will get you a commemorative shirt and two glasses of champagne.

If you’re unable to make it Los Angeles this month, the show is moving to San Diego, at the Alderaan Memorial Theatre – An Extraordinary Pop-Up Venue, for the months of February and March.

These are definitely not the droids you’re used to looking for. But hey, if you’re in L.A or San Diego, this could very well ‘be the way’.

See ‘Star Wars’ in a brand new light. We promise- it’s better than a visit to Naboo.

Have you ever watched a ‘Star Wars’ Parody? Let us know in the comments.