Outrage Ensues Over Deadly Sea World Tragedy - Inside the Magic 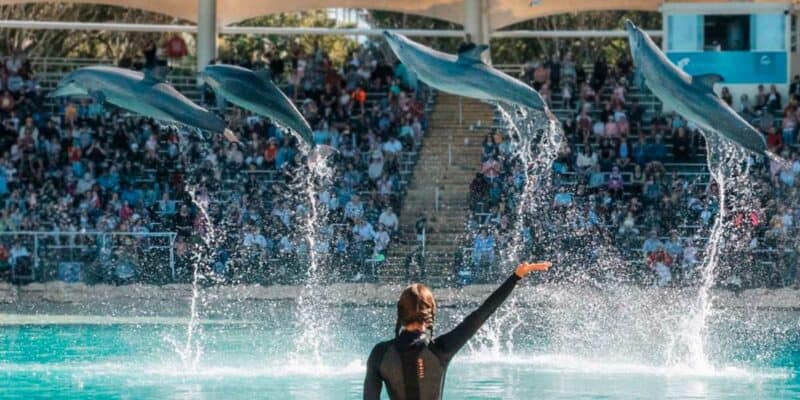 Ongoing investigations are happening for a tragic accident that happened near Sea World Theme Park recently.

Inside the Magic recently reported on a tragic helicopter accident that happened at Sea World Theme Park in Queensland, Australia that claimed the lives of four people. In addition, several more who were enjoying the helicopter tours were also injured.

Reports indicate that Sea World owned one of the helicopters involved in the crash, but more details have yet to be released.

Since the tragic incident, many have expressed outrage over the joy rides happening in the area. Residents report that they’ve tracked more than 4,000 helicopter takeoffs and landings per week since the pandemic, and one aviation expert said these helicopter rides should not be approved at all.

“If you have got an intense level of activity and you have got more than one operator in what is already a congested airspace … it is putting pressure on everybody,” Neil Hansford, who has more than 40 years of experiencing in the aviation industry, told ABC.

“There is only one thing driving that, and it’s dollars.”

Several residents said they were “worried” that an accident might occur.

“With the activity they have had and the amount of take-offs and landings, the flying in every weather and the multiple [flights] into relatively confined areas, we were just worried if they had an accident it could land on boats or restaurants,” resident Don Espey said.

Hansford called for an immediate review of joy flights in the area.

“It is not an ideal situation, other than from a marketing and commercial point of view, to put them next to a theme park and next to major hotels,” he said.

The proximity of the collision caused massive disruption to Sea World Theme Park’s operations with one witness saying that there was a “massive, massive bang” and that staff moved quickly to cordon off areas closest to the incident.

Sea World Theme Park released a statement on the incident, which can be read below:

“We and the entire flying community are devastated by what has happened and our sincere condolences go to all those involved and especially the loved ones and family of the deceased.”

At this point, an investigation is still ongoing and all details have not been released yet.