Netflix Cancels Another Beloved Original Show, Good News For Disney+ - Inside the Magic 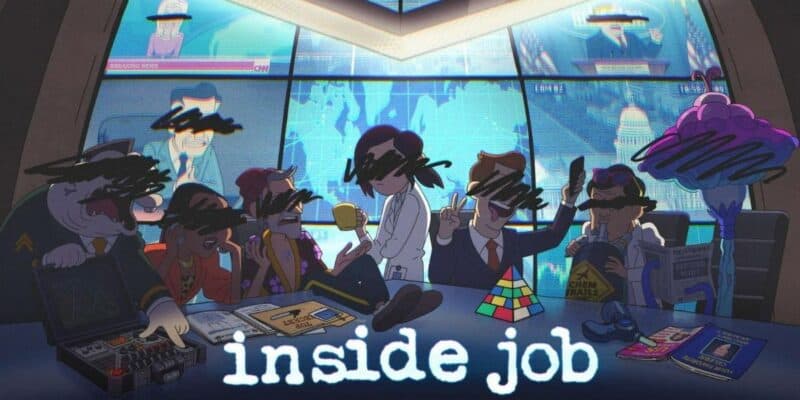 Looks like Netflix is continuing to push its remaining loyal customer base away, and towards other (newer) streaming giants like Disney+. After it was announced last year that digital streaming platform Netflix was massively restructuring its consumer model, and moving away from shared passwords and implementing more ads. As a result, many upset subscribers have decided to cancel their subscriptions and move away from the Netflix streaming service entirely. This is frankly, fantastic news in The Walt Disney Company-owned Disney+’s favor, considering that it already contains crowd-pleasers like the entire Marvel Studios’ Marvel Cinematic Universe (MCU) franchise, as well as Disney’s entire animation library, not to mention brand new Disney+ Originals created specifically for the platform.

And now, with this recent announcement pushing people even further away from their Netflix subscriptions, the once-ubiquitous streaming platform may have difficult days ahead.

Recently, it was announced that Netflix’s original series, Inside Job (2021) was canceled unceremoniously, despite previously being greenlit for a Season Two, after its successful first season run. Though it has its fair share of raunchy jokes, it delves into several rather deep and thought-provoking concepts, as well as dealing with oddly real and emotional problems. The series is an animated sci-fi workplace comedy aimed mainly at adults, created by ex-Disney creator and Gravity Falls (2012) alum, Shion Takeuchi. Executive produced by Gravity Falls showrunner Alex Hirsch and Bojack Horseman (2014) director Mike Hollingsworth, Inside Job certainly has its fair share of star animation talent behind its helm.

However the shenanigans of those working at Cognito Inc. will never grace the Netflix screen again, according to show creator Takeuchi.

Coming out directly to fans and followers on Twitter, the Inside Job showrunner admitted to being “heartbroken” over this sudden news:

(in image) I’m heartbroken to confirm that Netflix has decided to cancel season 2 of Inside Job.
Over the years, these characters have become real people to me, and I am devastated not to be able to watch them grow up. Reagan and Brett deserved to get their ending and finally find happiness. And I would have loved to even be able to share what was in store with you all.

To everyone who watched, thank you for coming along on the ride. Even though I’m sad, it helps to know that there’s people out there who cared just as much about these characters as me. 💖

Now, it seems like the loyal fans of this show will never get to see the full story play out. This devastating news comes after the second season was originally greenlit by Netflix, making the sting of cancelation all the worse. Much like many other cancelations that have occurred on streaming platforms recently, it seems like Disney’s media empire will continue to grow as users migrate with the ever-lessening pool of exclusive shows.

During the initial announcement regarding Netflix’s changes, users flocked to social media to voice their opinion of the consumer unfriendly changes — such as @jaffamental, who commented on the cost of a “screen” now with Netflix versus Disney+ and Prime, adding that “Netflix honestly sucks ass” after their “content just became utter trash”:

I was shocked when for one screen it cost me as much in aud as Disney does for 4 screens and Netflix has been around longer and their content just became utter trash. Prime is even cheaper again. Netflix honestly sucks ass.

I was shocked when for one screen it cost me as much in aud as Disney does for 4 screens and Netflix has been around longer and their content just became utter trash. Prime is even cheaper again. Netflix honestly sucks ass.

It seems like the Great Netflix Migration to other hungry streaming services, all so desperate to snap up Netflix’s subscriber base, will now happen sooner or later.

What do you think of Netflix going back on their word? Are you a fan of Inside Job? Share your thoughts in the comments below!