Josh D'Amaro Opens Up About "Perfect" Disney Genie - Inside the Magic 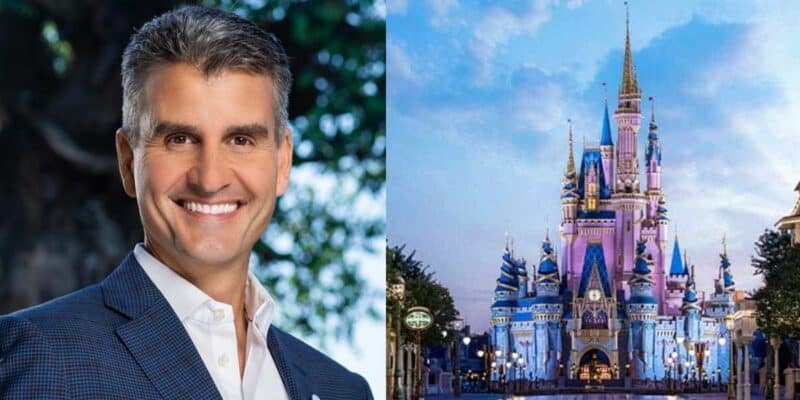 Walt Disney World Resort does a great job at sharing Disney magic with Guests, but no theme park can be perfect. Errors and delays, naturally, will occur.

One of the most controversial systems introduced in the Disney Parks is none other than the Disney Genie service and Disney Genie+ service, which is built into the My Disney Experience mobile app. Once Guests log into their Disney account, these services are supposed to magically make your theme park visit easier and more fun. It’s like having a genie in the palm of your hand.

Disney’s complimentary Disney Genie service creates your best Disney day inspired by your party’s top interests. It also grants you planning features, including a personalized itinerary creator that seamlessly and smartly maps out your visit with updates that continue from morning to night. And Disney Genie service can even remind you when you’re eligible to make dining and activity reservations in advance.

Disney Genie launched in late 2021 at Disney World and Disneyland Resort in response to Guest feedback that many new visitors did not know what to do first in Disney’s large theme parks. Whether you’re a first-timer or a seasoned pro, Disney Genie service can help you get the most of your visit to Walt Disney World Resort.

But, Disney Genie+ and Lightning Lane, on the other hand, have been anything but well-received.

Inside the Magic previously covered Disney Parks Chairman Josh D’ Amaro and his “promises” to Disney Park Guests. His comments about Disney Genie+ were extremely interesting.

Josh  D’ Amaro says he has used Genie+ and was involved in the early development, and he sees the value in it. He said:

“Is it perfect? No. Will it generate an itinerary that will ultimately help guests get what they want out of their visit? Yes.” He continued with “for guests that know every nook and cranny [of the parks] – you know where you want to go. You may not need Genie at all. But if I’m a Guest coming from Chicago who’s never been before, we want to make sure they know how to navigate this place.”

“The first thing I want to do is make sure a newer guest knows where to go,” D’Amaro said. “Genie creates an experience that is digestible to the guest.”

What are your thoughts on Disney Genie? Let us know in the comments.