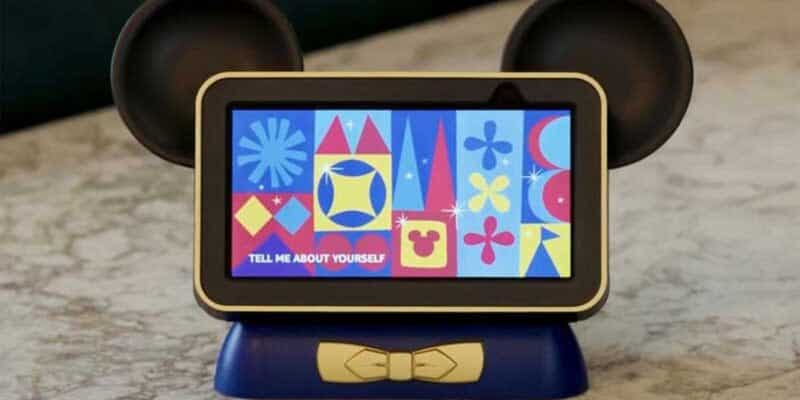 Last year, Disney officially partnered with Amazon and announced their plans to release a virtual assistant at the Disney Parks. “Hey Disney!” will essentially be Amazon’s Alexa cosplaying as Mickey Mouse, catering to Guests’ requests, information, and other bits and bobs to enhance a Guest’s stay. Now, “Hey Disney!” is set to make its grand debut at this year’s Consumer Electronic Show.

Not only is this little gadget going to assist Guests during their stay at the Walt Disney World Resort, but fans could also be able to own one for their own homes. On one hand, this smart little gizmo is a Disney fan’s dream. A personal assistant with a magical flavor could soon be at the top of many wishlists.

That being said, there’s still something of a Big Brother flavor going on with Disney already accessing so much information from Guests simply staying at their hotel. That being said, it’s still going to turn quite a few heads at this year’s show. Especially if it comes with the bells and whistles described by Tech Crunch.

“The assistant is packed with Disney features — like jokes, interactive trivia, greetings from favorite Disney characters, and access to “soundscapes” inspired by Disney films. Supported voices include those from over 20 popular characters from Disney, Pixar, Star Wars, and more. When you ask for the weather, Olaf from “Frozen” might tell you when it’s cold outside, for instance. The experience itself is guided by the Disney Magical Companion, not Alexa — but some guests have complained the voice is not a known character, like Mickey…”

The partnership is impressive and the idea of a Disney A.I. has a certain sort of novelty to it. However, it feels like this would be something more for use outside the Parks rather than inside. While it’s certainly nice that the Parks could soon have their own personal assistant in the resort rooms, a Disneyfied Alexa feels like it would be more suited for Guests to take home rather than utilize at the Parks. Provided they’re spending more time riding rides at the Parks than lounging in the hotel rooms, it seems like a waste of good tech. Who knows, “Hey Disney” might find its audience.

Would you use Disney’s Alexa in or out of the Parks? Tell us in the comments below!