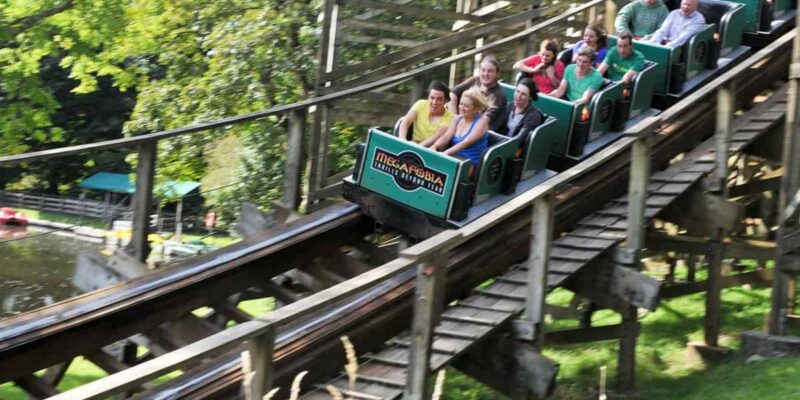 A theme park Guest was recently airlifted to the hospital after a reported accident occurred.

If you visit a Disney Park, it’s pretty apparent that the most important goal for Walt Disney World Resort and Disneyland Resort is to keep both Guests and Cast Members safe during their visits. The same can be said for places like Universal Orlando Resort, Universal Studios Hollywood, Six Flags, Busch Gardens, Cedar Point, SeaWorld Orlando, and many others.

Though accidents happen at theme parks, you are actually more likely to be struck by lightning than to be injured while visiting a theme park.

However, that doesn’t mean that accidents don’t happen from time to time. Unfortunately, a terrible one just recently occurred at Oakwood Theme Park.

According to reports from The Western Telegraph, a father fell off the Treetop Roller Coaster and this resulted in a complete shutdown of the amusement park until the spring of this year. The man was airlifted to a hospital with “non-life-threatening injuries” and a child, presumably his daughter was treated for minor injuries, as well.

The Health and Safety Executive recently released a statement on the incident, sharing that the organization has taken a portion of the attraction “for further examination.”

“We are continuing to investigate and have taken part of the ride to our laboratories in Buxton for further examination. The park is closed until the end of March 2023.”

The ride has been closed down, and there is speculation that it will never reopen, even when the theme park reopens this March. In addition, no further details have been given on what exactly happened at the amusement park when the incident occurred or what caused the accident to happen.

At this time, an update on the man and his condition has not been provided.