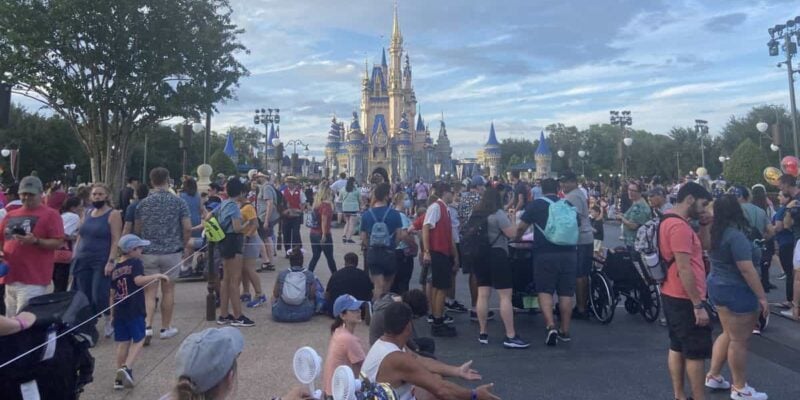 A disturbing discovery was made at Walt Disney World.

A trip to Walt Disney World, also known as “The Most Magical Place on Earth,” is supposed to be just that: magical. Most of the time, this is true, though your mileage may vary depending on a number of factors like the crowd levels, temperature, and price of Disney Genie+.

For the most part, Guests are shielded from anything serious like criminal activity though quite a few fights have broken out at the Parks this year, something Disney has taken steps to counteract, though these have been admittedly quite small.

However, the last thing you expect to see at Disney are explicit photos in your hotel room.

A new report from the Orange County Sheriff’s Office revealed that a female housekeeper working at Disney’s Port Orleans Resort discovered a polaroid of a man’s penis taped to the women’s restroom sign.

The photo was discovered in August, but the report was just revealed days ago. While disturbing, this story is only part of an ongoing issue at Disney.

A similar incident occurred at Disney’s Fort Wilderness Resort, then explicit photos were found at Disney’s Art of Animation Resort as well.

In August, two pornographic photos were found at the resort by housekeeping staff. The first photo, as we said, contained an image of a man’s genitalia. The second photo was also explicit and was found taped to a guest room door.

Shortly after the discovery, police were alerted and responded to the scene. Unfortunately, there was no surveillance footage at either Fort Wilderness or Art of Animation last month.

According to an Orange County Sheriff’s Department report, “Disney stated they did not have any surveillance footage in the area and did not know who posted the pictures. The two Polaroid photos were later submitted into evidence.” The two photos have now entered by the department’s Sex Crimes department “for informational purposes only.”

It remains to be seen whether the photos were left by the same individual as in the previous incidents. Leaving photos like this in the view of the public is a serious crime and could land the perpetrators in prison.