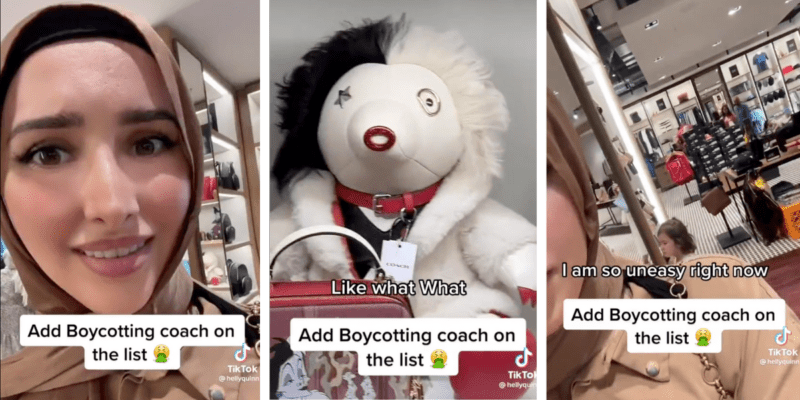 The Walt Disney Company is known to collaborate with various brands, from more approachable price points like Vera Bradley and Loungefly to luxury designers like kate spade, Dooney & Bourke, and Coach. The Mouse has collaborated with Coach for years, with some collections selling out instantly and others eventually making their way to Coach Outlet.

Just in time for Halloween 2022, the two iconic brands revealed the Coach x Disney Villains collaboration. While some pieces sold out immediately, others are still available at a discount online.

While the Coach x Disney Villains collection was successful overall, one fashion influencer recently began a campaign to boycott the brands. @timmymalachi shared a now-deleted video from TikToker Helly (@hellyquinn) on Twitter. It quickly went viral. (This tweet has been translated from Indonesian):

It was also a shock that Coach was involved in a child pornography scandal.. It sucks

Since the Balenciaga case, the design boundaries for adults and children have made me anxious.

At first, it seemed cute.

But one thinks that if you wear leather material accessories on a fur doll, the impression will lead to subtle and subtle nuances of pedophilia.

In the video, Helly referred to a recent scandal in which thousands boycotted Balenciaga over an inappropriate advertisement. In their 2022 holiday campaign, children held luxury bags designed to resemble bears in bondage gear. The brand immediately apologized and removed the images after the backlash.

“Am I seeing this right? Is this a joke?” Helly asked while walking through the Sydney, Australia Coach store. “I thought this sh*t was over… I thought this would be something I would only see from Balenciaga.”

Helly pointed out leather bears decorated like Disney villains, including Cruella de Vil, Ursula, Maleficent, and the Evil Queen. The bears are sold out online but are available secondhand on eBay.

“We’ve boycotted that kind of disgusting child pornography crap. But I just… it’s there. It’s right there. I’m so uncomfortable right now,” Helly said. “I’ve only ever seen it online… But seeing it in real life, I am gutted. Like way worse.”

While each bear does wear a removable collar with a Coach x Disney tag, they are not intended to evoke sexual imagery and are a luxury collectible item – not a toy. Still, Helly called for viewers to “Boycott Coach.”

“I am so uneasy right now. This poor kid is here in the store. Never, ever entering this f**king store ever again,” Helly concluded. She recommended purchasing high-quality, natural fabrics from non-name brands instead of supporting designers like Coach and Balenciaga.

While many Twitter commenters agreed with Helly, others said she was overreacting and looking for views. She posted this follow-up video on Wednesday:

If you have a different opinion, share it with respect and proof, my intentions have been only good and to avoid evil spreading, if anyone thinks otherwise then it shows more about them.

She defended her stance and said something was “clearly wrong with the teddy bear.”

“As much as it hurts to see that there are people that will support such corrupt things happening in the world, it really saddens me at the same time,” Helly said. “No matter how much I got called names and all these things, I truly feel for these people.”

“A lot of us grew up watching Disney, and as kids, obviously, these things are designed in a way to be entertaining,” she continued. “They’re not going to be deliberately satanic things in your face. Balenciaga was so obvious, and this is just more hidden… But it’s literally the same thing.”

“My intentions have been only good and to avoid evil spreading, if anyone thinks otherwise then it shows more about them,” she wrote.

What do you think about the Coach x Disney Villains collection?