With Splash Mountain Gone, Are Other Rides at Risk? - Inside the Magic 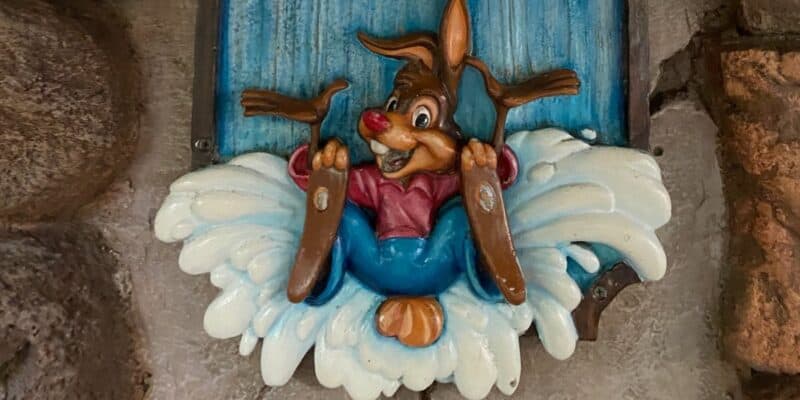 With the upcoming Princess and the Frog re-theming well underway, many fans are more than ready for Tiana, Naveen, and all their friends from down in New Orleans to make Splash Mountain their new home. However, just as many fans are adamantly vocal about the ride remaining as it is.

In what some fans are claiming to be another “woke” move by Disney, Br’er Rabbit and his friends will be making their grand exit in January of 2023. With the famous rabbit and Song of the South being the subject of criticism for its “racial stereotypes” and deemed otherwise inappropriate for modern audiences, some are understandably in favor of this ride’s retirement. That being said, it’s enough to make many Disney die-hards wonder which classic attraction might be next to get the axe.

Splash Mountain isn’t the first major Disney attraction to have an inflow of backlash change something about it. Only a short few years ago, Pirates of the Caribbean came under fire in 2017 for the infamous “We Wants the Redhead” sequence as the pirates plundered Port Royal. While this was written as a joke when the attraction first debuted, modern audiences found it particularly distasteful after the “Me Too” movement. Walt Disney envisioned his Parks to be something for all Guests to enjoy and something that would constantly change, but how many times can something change before it becomes completely unrecognizable?

The words “problematic,” “offensive,” and even the term “woke” itself are seemingly thrown around more and more these days. Yes, it’s true some things fall out of style because cultures and audiences change, and there’s nothing wrong with wanting to be progressive. However, when certain groups are practically looking and begging for things to find offensive, it takes the fun away from people that genuinely enjoy something entirely harmless. Walt Disney’s Carousel of Progress might be one of his last original works, but how long will it take before someone finds offense at the family’s son watching “Little Egypt doing the hoochie-coochie?”

Yes, Song of the South was a product of its time with several outdated elements that don’t fit with today’s modern audience. There’s no getting away from that one. However, calling Br’er Rabbit “problematic” after a much more well-received career on Splash Mountain feels like grasping for straws. If fans aren’t careful, this could be a slippery slope to a Disney Park Walt would never know.

Do you think this is dangerous thinking? Tell us in the comments below!