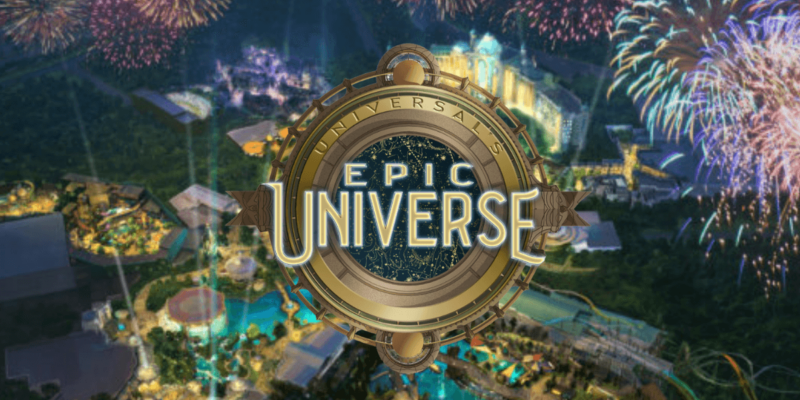 The Epic Universe is the most-anticipated theme park currently under construction in the world. Guests will be able to enjoy this new Universal Orlando theme park in summer of 2025.

Universal Orlando Resort is in the middle of adding its third theme park to join Universal Studios Florida and Universal’s Islands of Adventure.

Unlike Universal Studios Florida and Universal’s Islands of Adventure, the Epic Universe will not be located on the current Universal property but will find a home behind ICON Park in Orlando, Florida. It will have its own hotel areas and there are even rumors that a CityWalk could be erected around the theme park in the future.

Universal Orlando has not announced anything in terms of what will be housed in the theme park other than Super Nintendo World which is opening in 2023 in Universal Studios Hollywood. Some of the rumors are that the theme park will have a Classic Monsters Land, a How To Train Your Dragon land, and an addition to the Wizarding World of Harry Potter.

If they added a Classic Monster Land this section could include classic monsters such as Dracula, Frankenstein, Phantom of the Opera, The Mummy, Creature From the Black Lagoon, and more! How to Train a Dragon Guests may be able to climb on board a Dragon and help Toothless.

Universal describes Epic Universe “as offering an entirely new level of experience that will forever change theme park entertainment. Guests will venture beyond their wildest imagination, traveling into beloved stories and through vibrant lands on adventures where the journey is as astounding as the ultimate destination.”

Account @bioreconstruct recently tweeted an update for Epic Universe where we can see some major changes that have happened.

Aerial overview (Dec 18, 2022) of Universal’s Epic Universe. Recent changes: the first change is Facades in the Harry Potter-related land,  the track supports at far end of the dual-racing coaster , also the track was added for Classic Monsters land coaster, More of Donkey Kong being enclosed.

As we have already stated, these IPs have not necessarily been confirmed, but they are expected. The theme park is already erecting roller coasters and it’s amazing to see the progress that is happening at the highly-anticipated location.

What do you think of the updates happening to Universal’s Epic Universe?