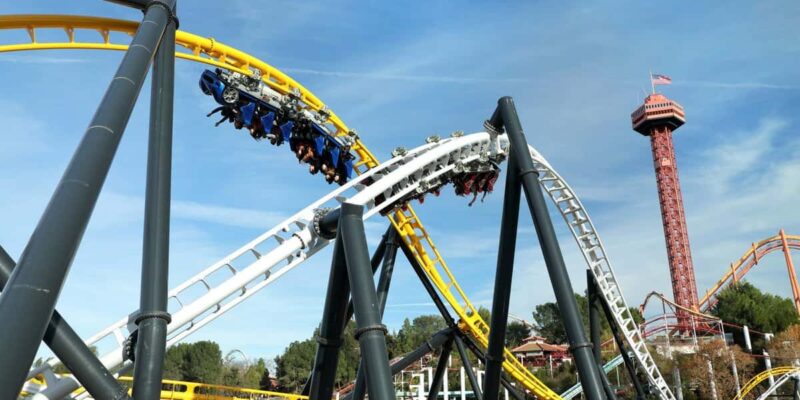 There is not much more magical than visiting a theme park with your loved ones.

Whether it be a Disney Park– like Walt Disney World Resort or Disneyland Resort— or another theme park around the country, like Universal Orlando Resort, Universal Studios Hollywood, Busch Gardens, SeaWorld Orlando, Cedar Point, or Six Flags, you’re sure to have a great time and experience attractions unlike anything you can experience elsewhere.

However, a recent incident at a popular Six Flags theme park left many stunned and an entertainer fighting for their life.

Scott Nelson, known as Murrugun The Mystic, suffered injuries that could’ve been fatal at Six Flags of America in Bowie, Maryland.

Six Flags officials say that first-responders were called, not due to an incident that actually took place in the show though, but for “unrelated health conditions.”

A GoFundMe page set up for the sword swallower had this to say about the accident:

“A San Diego staple, Scott Nelson, known popularly as Murrugun The Mystic (a sword swallower, actor, busker, all around entertainer), is in need of our help. Scott was near fatally injured during one of his sword swallowing performances. He’s been in the hospital in DC for over a month unable to eat solid food. I chatted with him a bit about it, but he’s a little out of it so I’m not sure I have the story straight, but in his words:
“Five Swords scissored out in my abdominal cavity. It also appears that I pierced the lobe of my liver. Good news is, I’ve quit smoking and lost over 50 lbs.”

Reports indicate that they also had to remove most of one of his lungs.

It’s unclear exactly what happened to cause the incident. We wish Nelson a speedy and complete recovery.

Inside the Magic will keep you updated on his recovery.