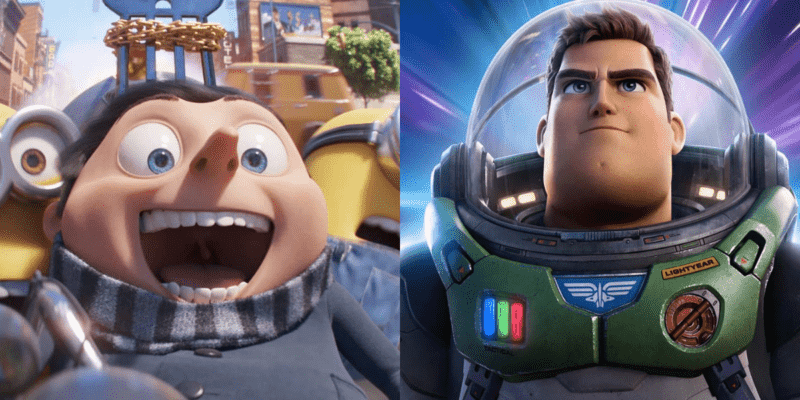 Shell doesn’t think Universal has always been a rival to Disney animation, but the competition got a lot closer in the past 10 years. With Disney churning projects left and right, the quality began to diminish. Soon enough, Disney’s track record became hit or miss as some projects were fan favorites while others aren’t mentioned again. Encanto (2021) and Frozen (2013) are two good examples of fan-favorite Disney animations, but there aren’t more than a few projects that have recently been released that live up to what Disney did over 10 years ago.

Universal, on the other hand, has Illumination, which has made Despicable Me (2010), Sing (2016), Secret Life of Pets (2016), and now Super Mario Bros. (2023) These animated projects have done very well and Illumination isn’t the only group they have under their umbrella. Universal is also responsible for the Shrek movies, How to Train Your Dragon franchise, Madagascar, etc. Basically, Universal is giving Disney a run for its money.

In a Q&A session at a UBS Media Conference, Shell admitted that he thinks Universal’s animation is currently better than Disney’s based on their consistent success:

“If you had gone back 10 years and said Disney is ever going to be challenged in animation, everyone would have said that is impossible. Now “I honestly think that… our animation rivals if not surpasses Disney.”

At the moment, Disney is making efforts to focus on quality as they are scaling down on the number of projects they create. Marvel Studios is doing the same after the company faced backlash for the MCU feeling rushed and unpolished.

With Disney committing to do better with quality, it seems they might agree with Jeff Shell that Universal might have the upper hand at the moment, but that could easily change in a few years if Disney fixes their current problems. Ten years ago, just like Shell said, no one would say Universal was better than Disney at animation because Disney made animation into something profitable. If you look at the number of animated classics under them, it’s not crazy to believe Disney can make a comeback and make content fans want to enjoy.

Do you think Disney can make a comeback with animation? Let us know what you think!