Man Who Died by Suicide at Disneyland Identified - Inside the Magic 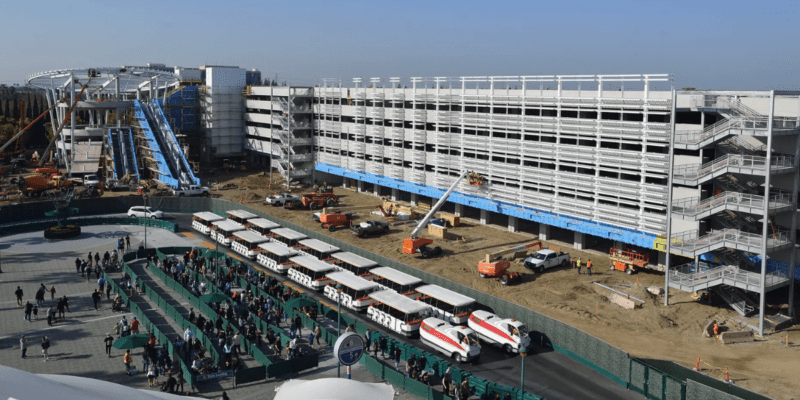 A man who died by suicide at Disneyland Resort on Saturday has been identified.

A 50-year-old male jumped from the Mickey and Friends Parking Structure around 9:40 p.m. on December 3. Parking Trams stopped operating, and Disney Park Guests were directed away from the parking garage. Authorities investigating the scene said the death appeared to be a suicide.

On Sunday, SNBC13 reported that the man had been identified as Chris Christensen, an elementary school principal at Fountain Valley School District in Southern California. According to the district, Christensen had recently been promoted to principal of Newland Elementary School for the 2022 to 2023 school year.

Christensen shared a public message on Facebook late Saturday night. He explained that he recently had a disagreement with his wife in which the police were called, and he said that he was put on administrative leave from his job until the case was resolved.

He thanked his family, friends, students, and musicians he had worked with over the last 30 years. “This is not an ideal way to go out, but at least I get a chance to say some final words to those who I love and adore,” Christensen wrote.

“Take care everyone. Please, please, please be kind to one another! Treat each other with kindness and grace. There is too much anger in the world and people need to start treating each other better. What I’ve shared with you above is a prime example of how ‘anger’ can really have long-lasting and extremely damaging effects on a person’s life.”

Family, friends, and former students banded together in the comments to try to locate Christensen. After they found out about his passing, hundreds shared memories and condolences.

Christensen leaves behind his wife, Marlena, and multiple children. Disneyland Resort has not commented publicly on this incident.

If you or someone you know is struggling with suicidal thoughts or mental health matters, please call the National Suicide Prevention Lifeline at 800-273-8255 to connect with a counselor or visit the official NSPL site.