Top Disney Executive Gunned For Chapek's Termination - Inside the Magic 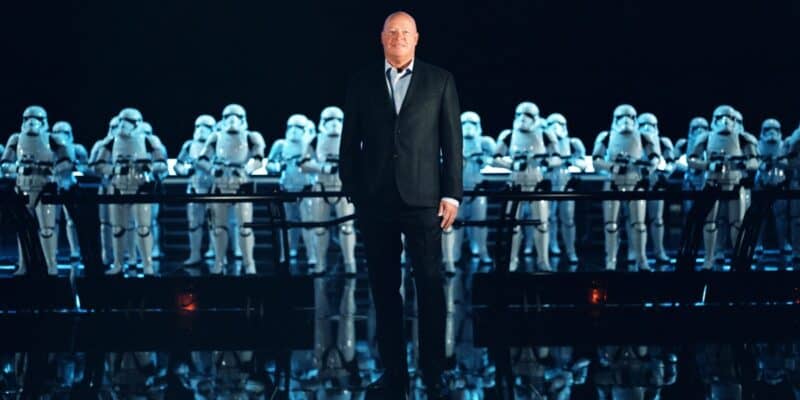 In another bombshell report by The Wall Street Journal, we have discovered some more juicy details about the downfall of former Disney CEO Bob Chapek.

Yesterday, The Wall Street Journal published a piece that went into detail and described some of the drama that ultimately led to the demise of Chapek.

If you read between the lines, one could assume that Christine McCarthy, The Walt Disney Company’s Chief Financial Officer, was able to maneuver her way around to let Chapek take the entire fall for what is also partially her mistakes.

According to the report, top creative executives at The Walt Disney Company had recently grown frustrated over the last few months on efforts to centralize control of significant spending decisions for the company. Disney had retained and received advice from the top management consulting firm McKinsey & Company on implementing cost-cutting measures.

Interestingly, McCarthy was put in charge of the company-wide budget reduction effort, which was approved by Disney’s board of directors and given the thumbs up by Chapek, based on reporting. It was also her decision to bring in McKinsey.

Before retaining McKinsey, however, creative executives at The Walt Disney Company were already in an uproar because the company itself had already considered shifting oversight of marketing spending to Disney Media and Entertainment Distribution, or DMED. Kareem Daniel, a top lieutenant of Mr. Chapek, who had been leading the division, already had considerable influence over content. Daniel was recently let go following Chapek’s departure last week.

Now, this is where it gets very juicy.

Following Disney’s most recent quarterly earnings, the company warned of layoffs and spending cuts while also conveying that it was taking a close look at marketing and administrative costs. After creative executives grew even wearier, McCarthy told the board that she and other Disney executives had lost confidence in his leadership.

This wasn’t the first time McCarthy had thrown a fellow Cast Member under the bus.  It has been reported that McCarthy has previously clashed with creative executives over managing costs and programming strategy. She played a role in Mr. Chapek’s decision to remove Peter Rice as chairman of Disney’s General Entertainment Content unit earlier this year.

Did McCarthy end up doing the same thing to Bob Chapek and let him take the fall for what was ultimately her mistake? It sure seems like it.

So, what is CEO Bob Iger’s solution to all of this?  Well, it was not to do much of anything. In a memo he sent when returning to Disney, Iger named a committee consisting of top Disney executives, including McCarthy and other top Disney brass, to work on “the design of a new structure that puts more decision-making back in the hands of our creative teams and rationalizes costs.”

One thing that can be said for sure here is that for an entertainment company, there seems to be no shortage of corporate drama taking place.

Do you think Christine McCarthy should still be the CFO of Disney?  Let us know by commenting below.