Another Disney Executive Leaves: Who Will Be Next? - Inside the Magic 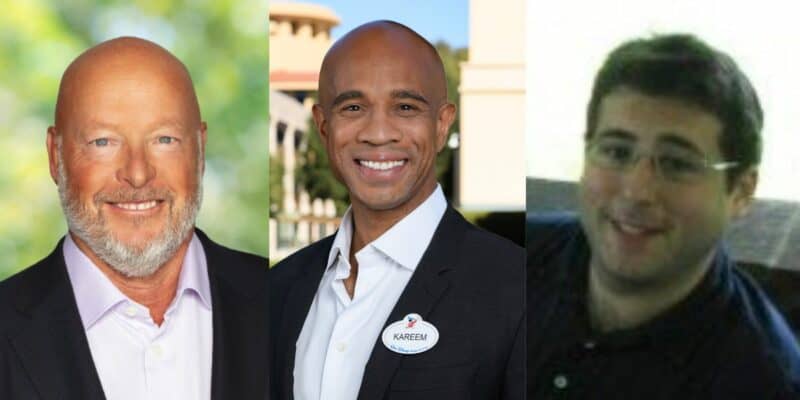 What a hectic time to be in Disney leadership right now! It seems like Disney executives are dropping out of leadership at a rapid pace, first with the shocking announcement of former CEO Bob Chapek parting ways with the company, then Kareem Daniel, former Chairman of Disney Media and Entertainment Distribution (DMED) leaving not too long after.

Now, another top executive from the Chapek era of Disney has reportedly left, according to a story in Variety.

Related: Another Top Executive Out at Disney, Could Majorly Affect Disney+

Arthur Bochner has left Disney, according to a Variety source who was familiar with the executive. Bochner was Chapek’s speechwriter, and until August 2022, was Chapek’s chief of staff. However, his most recent role was vice president of strategic communications.

This exit may not be as much of a shock compared to other Disney leadership. After all, as Chapek’s speechwriter, Bochner was behind a lot of the messaging that put Chapek in some controversy. This included his response to Florida’s “Don’t Say Gay” bill, which outraged a lot of Disney staff.

However, what might have led to Bochner’s removal from the board was his involvement in Chapek’s statements during Disney’s Q3 earnings call. It is believed that Chapek’s performance on the Q3 earnings call, combined with the follow-up note to Disney staff, is what led to the Disney board dismissing Bochner.

This position announcement might start a trend of more top executives leaving the company, as Bob Iger, who returned to Disney as CEO, had warned that restructuring would be coming to the company within the coming weeks. However, Bochner and Daniel’s exits from Disney may have been more expected, as they were both key in assisting Chapek.

For those wondering what exactly someone in Bochner’s position does every day, here is one example of his duties as VP of strategic communications:

Reporting to the Chief Communications Officer, led and set vision for new strategic communications function charged with protecting and enhancing The Walt Disney Company’s reputation with external and internal stakeholders.

Bochner was with Disney for about nine years. He started in October 2013 as Senior Manager, Executive & Licensing Communications, Disney Consumer Products. Then, he became director, public affairs and executive engagement, Disney Parks Experiences and Products before then landing his chief of staff role for Chapek in March 2020.

What do you think of this news? Do you think more executives will be let go from Disney leadership soon? Share your thoughts below!