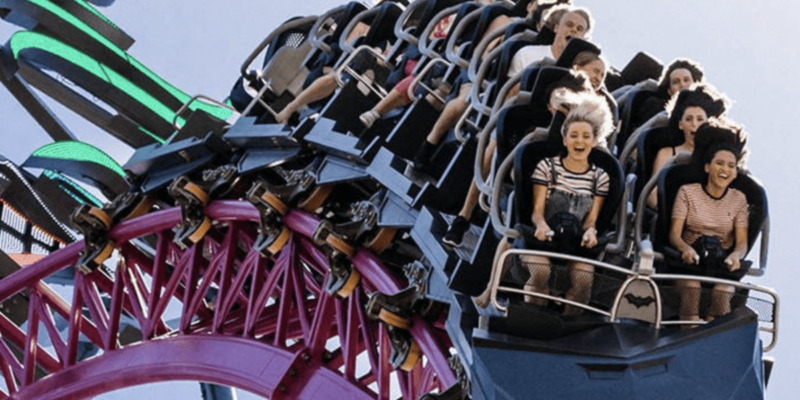 There are few things more exciting than taking the entire family to a theme park.

No matter what theme park you visit, whether it be a Disney Park in Disneyland Resort or Walt Disney World Resort, or any other  around the work, such as Universal Orlando Resort, Universal Studios Hollywood, Six Flags, Cedar Point, Busch Gardens, SeaWorld Orlando, Disneyland Paris, or any other, it can make for a trip that you never forget.

Theme parks are home to world-class attractions that simply can’t be experienced anywhere else. Roller coasters, dark rides, water attractions, and entertainment offerings are just some of the fun rides that can be enjoyed by Guests.

Amy Smith, who was on the attraction with her 10-year-old, told 7News that the incident left many in tears and physically sick from being upside-down for so long. She said the time they were suspended upside-down felt to be about five minutes.

“Most of the riders who were trapped felt physically sick along with headaches, ear aches and sore muscles from being upside-down for so long,” she told 7NEWS.com.au, adding “a lot of riders also were in tears”.

User @luwoyeadewale shared a photo of the incident, which can be seen below:

A spokesperson told the news publication that the incident was a “routine stoppage” due to one of the ride’s sensors being triggered. The spokesperson said the stoppage lasted “less than two minutes.”

“The Doomsday Destroyer’s safety operating system automatically engaged as a result of a sensor activation,” they said. “At no time were guests in any danger and we did not receive any reports of any injuries.”

This isn’t the first time that Guests have been left suspended, and many of these are just routine stoppages. Recently, an incident on an attraction at Carowinds in Charlotte, NC left riders suspended in the air for several minutes.

What do you think of this theme park incident? Let us know in the comments.