Fans React To Josh Groban's "Beast Carcass" - Inside the Magic 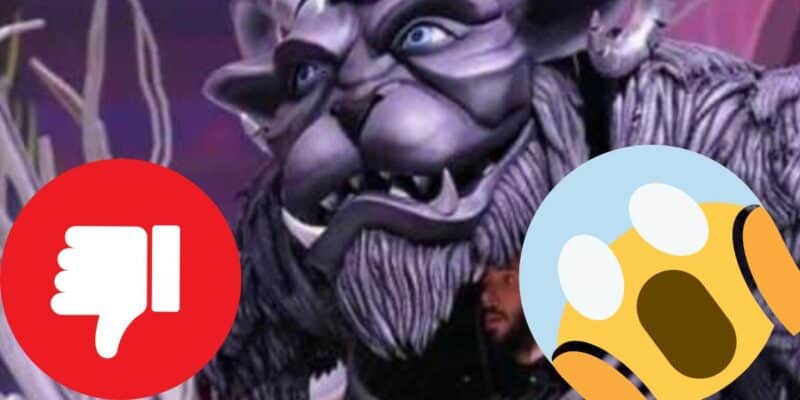 ABC hosted a live musical presentation of Disney’s Beauty and the Beast in honor of the film’s 30th anniversary, and fans are blowing up social media with their responses to the production. However, one of the most glaring features of this staged adaptation was the portrayal of the titular beast by Josh Groban. Granted, there was nothing wrong with Groban’s musical performance, there’s a reason he was cast, but the massive puppet they had him wear was beyond bizarre.

In a twisted sort of way, the staged adaptation from ABC shares a similar problem with the 2017 live-action version. The Beast was accomplished by something too technically complicated that could have easily been accomplished with makeup and practical effects, likely for less of the budget too. As demonstrated by what some are calling a “massive Beast carcass,” clearly that’s not what the network was shooting for when they made Groban’s costume. Naturally, it didn’t take too long for viewers to start making memes and comments on the garish and gargantuan gargoyle on Groban’s back.

Related: First Look at H.E.R. as Belle In ‘Beauty and the Beast’

While there were indeed some that praised the efforts and design, such as Twitter-user @Daviesallison1A, other viewers were quick to criticize the massive mechanical monster. Some were taken aback by the strangeness of the creature, such as @brianhasfun calling it “a little too much for the MET gala,” but others had more vocal responses like those seen in the TikTok by @itslaralikesarah (Warning, TikTok contains explicit language).

The user was quick to compare the suit to something from Warhorse or “Krampus the Musical,” and even went as far as to call the suit “terrifying.” On a certain level, this should be something expected from a “hideous beast,” which plays into the curse put on the character. That being said, it does take away some of the familiarity seen from Disney’s original design. One thing most will probably agree upon is that it was certainly a unique approach to the character.

Love the costume or hate the costume, there’s no denying that it was one of the most memorable features of the production. On top of that, it did nothing to hinder Josh Groban’s incredible vocal performance. The Beast might not have been what fans of the film were probably expecting, but to say it wasn’t an original idea that left an impact would be grossly untrue.

What did you think of the Beast in ABC’s production? Tell us in the comments below!

Comments Off on Fans React To Josh Groban’s “Beast Carcass”