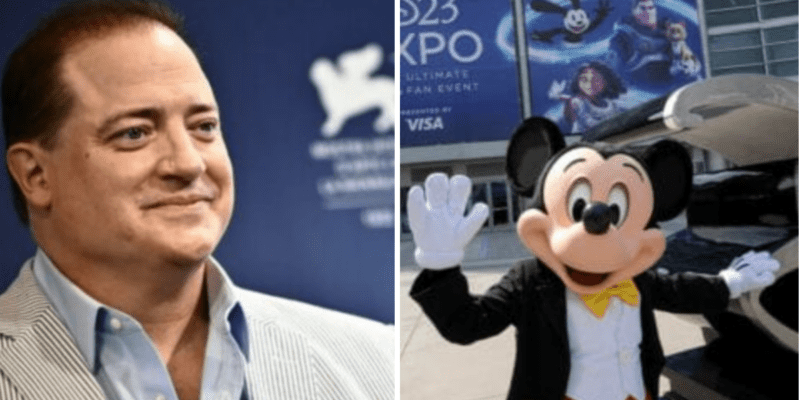 Brendan Fraser has become one of the most beloved actors and figures in Hollywood.

Fraser is currently in the midst of much Oscar buzz for his performance in The Whale, which is opening in theaters this weekend, but he got his start with several beloved classics. Some of those include The Mummy (1999), The Mummy Returns (2001), Crash (2004), Blast from the Past (1999), and of course, Disney’s George of the Jungle (1997).

Recently, Brendan Fraser sat down for an interview and revealed that Disney didn’t want to pay him his asking rate for a sequel of George of the Jungle. The two sides never came to an agreement, and Disney even ended up making a joke about “being too cheap” to rehire him.

“I think ‘George’ got a remake, and they built a joke into it that the studio was too cheap to hire me, which wasn’t inaccurate,” Fraser said.

“I was approached. I can’t remember what I was doing at the time, but I felt like I wanted to go do ‘The Quiet American’ instead with Michael Caine, and shoot the first Western film in Vietnam ever, directed by Phillip Noyce, to tell an infinitely American story,” Fraser continued. “I’m always making diverse choices, and, hopefully, that keeps me and an audience interested. With a bit of distance, I think they’ve all cumulatively led up to the place I’m in now.”

“You went on to leave ‘Airheads’ and get very jacked for ‘George of the Jungle,'” Adam Sandler tells Brendan Fraser. “I was disappointed how good you looked in that. You weren’t supposed to do that to us. You were supposed to remain like a human!” https://wp.me/pc8uak-1lBPaP

"You went on to leave 'Airheads' and get very jacked for 'George of the Jungle,'" Adam Sandler tells Brendan Fraser. "I was disappointed how good you looked in that. You weren't supposed to do that to us. You were supposed to remain like a human!" https://t.co/17TjZ3E7w1 pic.twitter.com/QBlInKMcgv

Fraser also revealed in the interview with Adam Sandler that there was a major toll that came over his body having to play the role. Deprived of carbohydrates, his memory even faded at times.

“I was waxed. Starved of carbohydrates,” Fraser said. “I would drive home after work and stop to get something to eat. I needed some cash one day, and I went to the ATM, and I couldn’t remember my PIN number because my brain was misfiring. Banging on the thing. I didn’t eat that night.”

What do you think of these comments from Brendan Fraser?