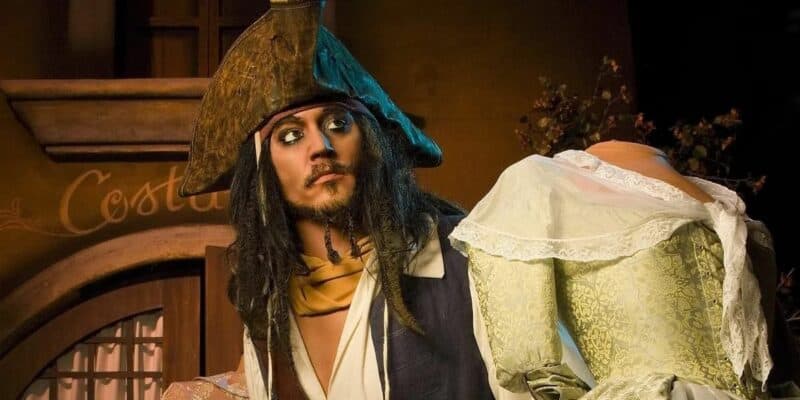 The Disney Parks are home to some of the most famous theme park attractions in the history of the industry. Giants of the game include rides like Space Mountain, the Haunted Mansion, Test Track, and even It’s a Small World has its place in the Parks’ history. That all being said, not all Disney rides are created equal, and the fans definitely aren’t afraid of sharing their two cents.

Disney has one of the most vocal fanbases on the planet, and for better and for worse, they’ll always make sure their opinions are expressed right to the company’s cheery face. While the Parks have tons of beloved attractions, some have fallen in and out of popularity with Guests, many of which are opening-day attractions. A recent Reddit post brought dozens of fans out of the woodwork to express just which attractions, despite their reputations, have been labeled completely overrated.

Related: Ask Me Anything: Avatar Flight of Passage’s Dr. Stevens Talks to Fans on Reddit!

While many attractions were discussed, a consensus included many big names and large attractions with often enormous wait times. Peter Pan’s Flight was one of the first to be put on the chopping block. The original poster, u/kgaviation, described his thoughts on the attraction by saying,

“While the movie is a Disney classic, the ride is not worth the wait at all. Maybe for the nostalgic factor, but it’s super short and dated. There’s nothing fun about it either. In my opinion, there are way better lines to stand in long lines for and the extremely long lines for Peter Pan’s Flight have always baffled me and my family. (And yes, I know some of that reason is ride capacity)…”

“I always ride Peter Pan when I go, even though it’s like 30 seconds long and I have instant regret once I get in the claustrophobic queue…”

Other Guests were calling out fan favorites like the Jungle Cruise, stating that the classic attraction simply wasn’t worth the wait. U/dreamwolf321 commented with their experience,

“Jungle Cruise – Went with my cousin years ago and due to him wanting to sleep in forever, we didn’t get to the parks until 12:00. Jungle Cruise was the first ride we walked by so we got in line. We waited over 90 minutes in the July heat for a riverboat ride with a bunch of puns that no one on my boat laughed at except me; mainly cause I felt sorry for the skipper. Never again.”

U/rhzunam was quick to defend the attraction by replying,

“All you people saying Jungle Cruise can burn in hell…”

“Pirates for me. Everytime I ride Jungle Cruise, I get different jokes. When I ride it’s a small world, I catch different details in the dolls and movements. Pirates is just slow and you get a lot more time to look at each scene than I really need. I just don’t get the hype on that one and there is not reridability for me. ”

Related: Take a Trip Down Memory Lane Courtesy of R/Vintage Disney on Reddit

There are many more replies, some venturing into some surprisingly profane territory, but the points are all clearly recieved. While it’s understandable that some low-thrill attractions are understandably criticized, it’s somewhat shocking to know that some of Disney’s biggest fans are so readily able to tear icons of the Parks to shreds. It might be generational differences, it might be a change in the popular culture, but Disney’s audience is evolving, and new tastes are developing Nostalgia can only take the Parks so far.

What rides do you think are overrated? Tell us in the comments below!