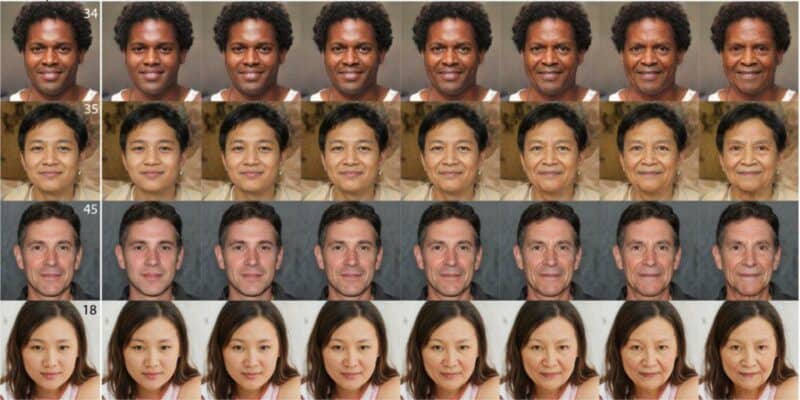 Disney has created a new type of technology that will allow them to change the age of any actor or actress easily.

What would normally take a couple of days to a few weeks to do, this new process promises to speed it up drastically.

This tool is called Face Re-Aging Network, or FRAN.

Photorealistic digital re-aging of faces in videos is becoming increasingly common in entertainment and advertising.

The process of re-aging an actor used to take many manual man hours by painting each 2D frame of an actor’s face. With FRAN, however, the AI does most of the work itself.

Disney Research Studios writes: “We demonstrate how the simple U-Net, surprisingly, allows us to advance the state-of-the-art for re-aging real faces on video, with unprecedented temporal stability and preservation of facial identity across variable expressions, viewpoints, and lighting conditions.”

The Disney-designed AI tool works by overlaying alterations, like wrinkles, to specific parts of the face it detects should be older or younger while leaving the remaining parts unaltered.

It does this on separate layers, allowing artists to tweak and add to the results by hand. To that end, Disney claims FRAN is “production-ready.”

This is FRANkly fantastic!

Even though FRAN is technically ‘production-ready’, it’s not without its own wrinkles.

Thankfully, it doesn’t have to be perfect. As it stands, this new AI technology has the potential to give VFX artists a massive head start, saving weeks, if not months, of work and millions of dollars.

Similar technology has been used in other Disney films throughout the years, most notably in Tron: Legacy (2010) and Rogue One: A Star Wars Story (2016).

What do you think of this new technology? Let us know in the comments.