Netflix's Hit Series 'Wednesday' Brings Back Beetlejuice - Inside the Magic 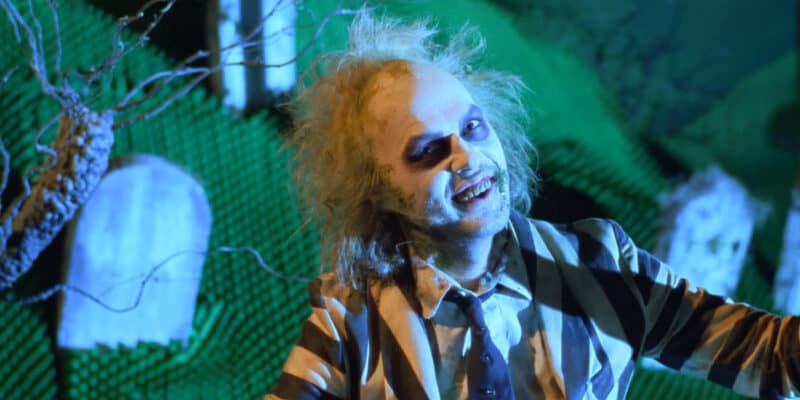 Tim Burton’s latest work has blown up since its release. Wednesday came to Netflix on November 23, 2022. Since airing, it has become Netflix’s third most popular English tv series.

Netflix describes Wednesday as the following:

“Smart, sarcastic, and a little dead inside, Wednesday Addams investigates a murder spree while making new friends – and foes – at Nevermore Academy.”

Former Disney Channel and Jane the Virgin actress Jenna Ortega plays Wednesday Addams, the middle child of the Addam’s family. At just twenty years old, the American actress has become one of the most famous actresses of today. She has been extremely well-received by the audience, receiving a nomination for best television actress in a musical or comedy series.

Also receiving a Golden Globe nomination, the tv show alone has accumulated vast fame over the past few weeks. Most famously, the dance scene from episode four has gone viral. TikTok has even made a trend out of copying Wednesday’s choreography.

It can be assumed that Netflix will release a second season with all of the praise it’s gotten. Jenna Ortega will presumably resume her role as the middle Addam family child, and Tim Burton will undoubtedly return as well.

Related: Is ‘Wednesday’ Being Renewed For a Second Season?

Wednesday is not Tim Burton’s only famous work. He has been producing and directing hits since the ’80s.

If you’re unfamiliar with the motion picture, a deceased couple must fight for their home when a new family moves in. In hopes of scaring the family away, the dearly departed Adam and Barbara hire an evil ghost, Beetlejuice (played by Michael Keaton).

One scene in the movie takes place in the realm of the dead. Beetlejuice is in a waiting room full of terrifying deceased beings. The being sitting next to him has a shrunken purple head.

A TikTok revealed that viewers could spot this same shrunken head on Wednesday. User @itsivan_mars posted a video showing the head sitting on Principal Larissa Weems’ desk and the scene from Beetlejuice. Check out the comparison below.

Did you see it?? 😳😳😳 #wednesday #fyp #foryou #netflix #timburton

Did you see it?? 😳😳😳 #wednesday #fyp #foryou #netflix #timburton

Did you catch this Beetlejuice reference? Let us know what other easter eggs you found in the comments!

Comments Off on Netflix’s Hit Series ‘Wednesday’ Brings Back Beetlejuice