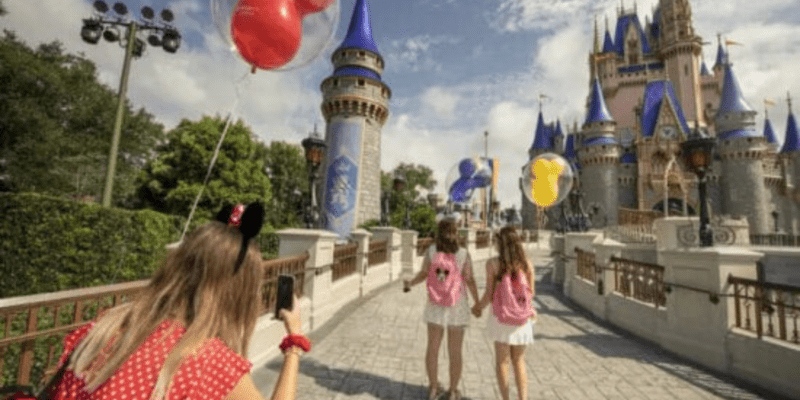 ‘Anastasia’ is a beloved classic that has been mistaken for a Disney film for as long as it has been out.

However, the film became a Disney classic when Disney acquired 20th Century Fox in 2019. But no merchandise has been released until now.

An ‘Anastasia’ mug has been spotted at the Walt Disney World Resort. You can also purchase it online at shopdisney.com.

Shop Disney’s description reads: “Awaken to your true identity every morning with a memory-stirring sip of liquid recognition from this elegant coffee mug featuring Anastasia and Dimitri.”

The mug originally cost $19.99. Sadly, it is already sold out online. It has, however, been spotted at different stores throughout the Disney Parks.

The mug showed up just in time to celebrate the 25th anniversary of this classic film.

‘Anastasia’ is a 1997 animated musical film directed by Don Bluth and Gary Goldman. The film is a fictionalized retelling of the story of Grand Duchess Anastasia Nikolaevna of Russia, who was rumored to have survived the execution of her family by the Bolshevik secret police in 1918.

The film follows Anastasia as she tries to discover the truth about her past and find her family with the help of a con artist named Dimitri, Vlad, and a friendly bat named Bartok. Along the way, she confronts the evil Rasputin, who is determined to prevent her from reclaiming her rightful place as a royal family member.

The film features an all-star cast, including Meg Ryan, John Cusack, Angela Lansbury, Kelsey Grammer, and Christopher Lloyd, and features an original score by Lynn Ahrens and Stephen Flaherty. Anastasia was a commercial and critical success upon its release and has since become a beloved classic of animated cinema.

With merch starting to hit the stores, is Disney finally thinking about making Anastasia an official Disney Princess?

Where you able to nab one of these anniversary mugs? Show us in the comments if you did!