Anastasia Makes It To Disney, Who's Next? - Inside the Magic 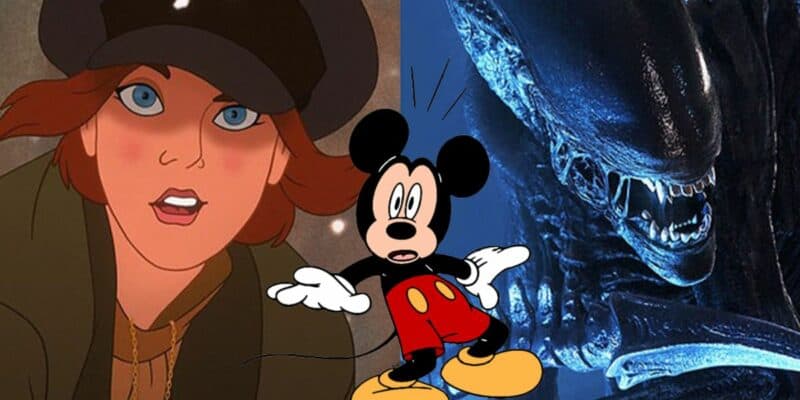 After decades of being mistaken for a Disney-animated masterpiece, Anastasia is slowly making its way into the studio’s circle, beginning with merchandise celebrating the film’s 30th anniversary. While this is definitely good news for fans of the enchanting film, it might also be the first domino in a chain of events that leads other 20th Century Fox characters to join Disney’s lineup.

In all fairness, Anastasia did take more than a few pages from Disney’s playbook, but it has always been a 20th Century Fox production. However, now that Disney has absorbed the company into its vast array of entertainment venues, it’s become a “Disney movie” even if only in name. Now that ShopDisney is officially selling its merchandise and acknowledging it as an animated classic, it’s only a matter of time before more characters from Fox become part of the Disney family. The only question is who’s next on the list.

Granted, characters like the Bobs Burgers cast or the multitude of monsters and maniacs from American Horror Story are in the top tiers of consideration, but the X-Men, Ice Age critters, characters from the now-defunct Blue Sky Studios, and even more of Don Bluth’s characters could be on the way to walking beside Mickey and Minnie.

Of course, it doesn’t have to stop with cartoons and superheroes, but giants of cinematic masterpieces like the Xenomorphs from Alien, the race of primates from Planet of the Apes, and many more are all ripe for the picking. All it takes is a creative decision from Disney. This is, of course, speculation, but considering that Disney has shown interest in projects like Ridley Scott’s Alien in the past with designs for Alien Encounter , it’s not an impossible suggestion that such things would eventually make it out of the movies and into the Parks.

There are certainly thousands of fans that would love to see Anastasia mixing and mingling with the likes of Belle, Jasmine, and Merida, and the idea of the X-Men wandering Avengers Campus would be an amazing idea, so Disney should at least consider the possibility. While the studio isn’t likely planning to do something that drastic anytime soon, it’s definitely a big jump from coffee mugs to Meet and Greets, the foundation for the possibility is still there. All fans can do now is wait and see what happens.

Do you think Disney will use more 20th Century Fox characters? Tell us in the comments below!