Massive Theme Park Faces Major Challenges in 2023 - Inside the Magic 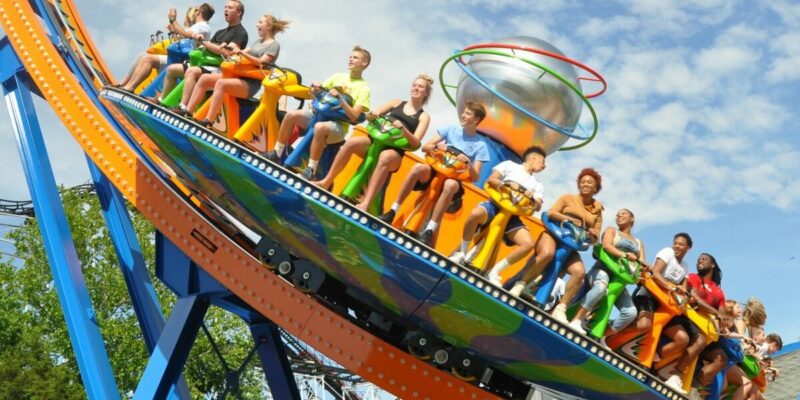 The amusement park industry could be one major rollercoaster ride in 2023. One specific theme park operation has a unique set of challenges that others may not have to contend with.

2023 could be a tough year for one nationwide theme park operator. With declining visitor figures in 2022, a looming recession, and a boatload of debt, Six Flags has many hurdles to overcome in the new year. To make matters worse, the company is now dealing with two activist investors who are doing their best to make their voices heard, which could be a big distraction for the board of directors and executive management.

Throughout the years, Six Flags’ go-to strategy was to increase attendance levels at its parks at all costs. That strategy was successful because attendance was growing at sky-high rates, but crowds of amusement park goers who got in free or with heavily discounted tickets were not spending a ton of cash when they made their visit. Worse, they clogged up lines and made the experience worse for everyone.

Earlier this year, Six Flags raised gate prices to focus on “premium Guests” who are “willing to pay more” rather than on filling their theme parks in a strategic pivot set out by CEO Selim Bassoul. Throughout 2022, the company had more visitors attending the parks using single-day keys.

The million-dollar question that needs to be answered in 2023 is whether this strategy will ultimately lead to higher revenue and profit for the amusement parks. Total sales were down 9% in the first nine months of 2022, and profits declined 23%. Six Flags’ attendance has fallen below what the company views as decent levels, and per-guest spending will need to rise considerably to make up for it. There is no guarantee that this will end up happening next year.

The other two major issues for the theme park company are that Six Flags has a ton of debt on its books and a pending recession.

2022 was a disastrous year for companies with lots of leverage on their balance sheets. The positive news is that Six Flags has no large debt due until 2024. The not-so-good news is that if interest rates continue to go up, it’s likely that rolling over those loans will result in higher interest payments.

The theme park industry relies on a healthy consumer to pile on to these risks. Six Flags’ premiumization strategy could help the company weather an economic storm better than in the past, given that its attendance base is shifting toward more affluent guests. But a recession will almost certainly hurt the amusement parks’ revenue and profits.

Related: Everything New Coming to Disney Parks in 2023

Looking back at 2009 to get a sense of how Six Flags performed when the economy was in trouble, its sales decreased by a staggering 11% that year, with a 6% drop in attendance and a 5% decline in per-guest spending. The 2023 economic downturn is not forecasted to be as bad as the Great Financial Crisis, and Six Flags is in much better shape than it was 15 years ago.

Moving forward, the question is how Six Flags CEO Selim Bassoul will deal with these challenges. Only time will tell if Six Flags can weather this latest storm.

Do you think that Six Flags will be successful in 2023? Let us know what you think by leaving us a comment below.

Comments Off on Massive Theme Park Faces Major Challenges in 2023