World's Largest Volcano Erupts Near Disney Resort - Inside the Magic 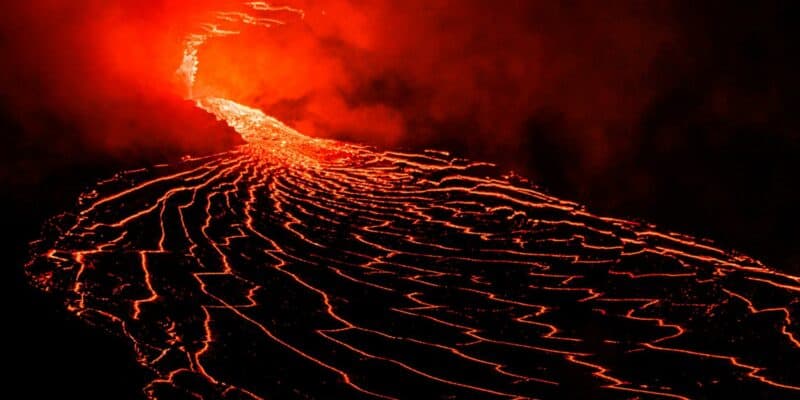 It’s been nearly 40 years since Mauna Loa erupted, the last time being in 1984. This sparked an ashfall advisory this morning for Hawaii’s Big Island and surrounding waters until 10 a.m. HT (3 p.m. ET).

The eruption in Hawaii Volcanoes National Park is not threatening downhill communities or flights to the Island of Hawaii. Still, a “trace to less than one quarter inch” of ashfall could accumulate on parts of the island, the National Weather Service in Honolulu said, as winds may carry fine ash and volcanic gas downwind.

“People with respiratory illnesses should remain indoors to avoid inhaling the ash particles and anyone outside should cover their mouth and nose with a mask or cloth,” the Honolulu office warned.

So how is this going to affect Disney’s Hawaiian Resort?

Inspired by the natural wonders and rich traditions of Hawai‘i, Aulani Resort is the ultimate family getaway—celebrating the beauty, history and welcoming spirit of the island.

The resort opened in August 2011. A major expansion project was completed in fall 2013, offering families even more to enjoy!

Aulani Resort is perfectly positioned on the beautiful beaches of Ko Olina on the leeward coast of O‘ahu. Sitting on 21 oceanfront acres, the resort is nestled between verdant mountains and serene ocean waters.

Here, you’ll be removed from the crowds of Waikiki, yet close enough to enjoy the wonders of the island.

Luckily, Aulani is 208 miles and an island or two away from Mauna Loa, so this eruption will not heavily affect this Disney Resort.

Have you ever experienced an active volcano? Let us know in the comments.