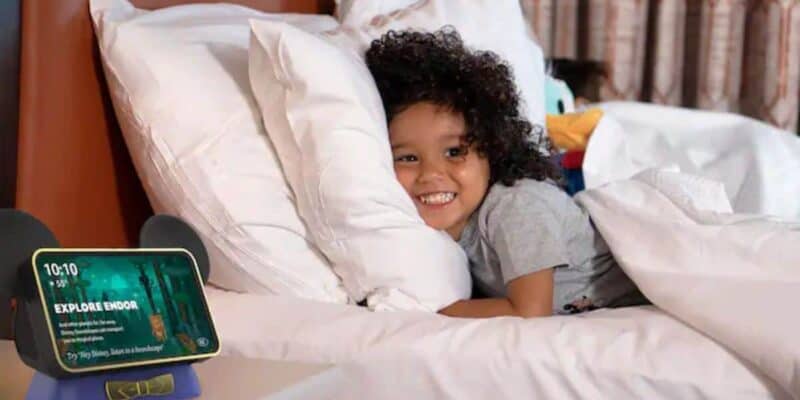 Alexa will be an added perk for Disney Resort Guests, but could it be used in a more sinister and diabolical way?

Last month, former Walt Disney Company CEO Bob Chapek said in an interview with the Wall Street Journal that the company plans to double down on this strategy by using data collection and Guests’ personalized data in the future. Several events have taken place since then that makes this comment outdated, but I don’t think that just because Bob Iger is back in the c-suite doesn’t mean certain strategic business decisions will change.

I hate to be a conspiracy theorist, but it’s tough to deny that Amazon doesn’t use its Alexa devices to listen in on conversations. Could Disney use these devices in the future for better ad-targeting tactics? It’s certainly possible.

Imagine talking about your plans for the next day for a second, and you mention that a particular ride at the Park is a must-do. As you enter the Park, you might get a personalized push notification from the My Disney Experience App prompting you to buy a Lightning Lane pass for that ride.  But I can take this an even step further. Now imagine Disney getting that data and knowing you have traveled from far away and you have less frequent visits. Disney could use that data to charge you a higher price vs. the standard cost.  That is the level of detail I am talking about.

I believe that “Hey, Disney!” will be a great addition to your Disney Resort room. I just hope that Disney has the foresight to use this data carefully.

Are you concerned about your privacy at Walt Disney World?