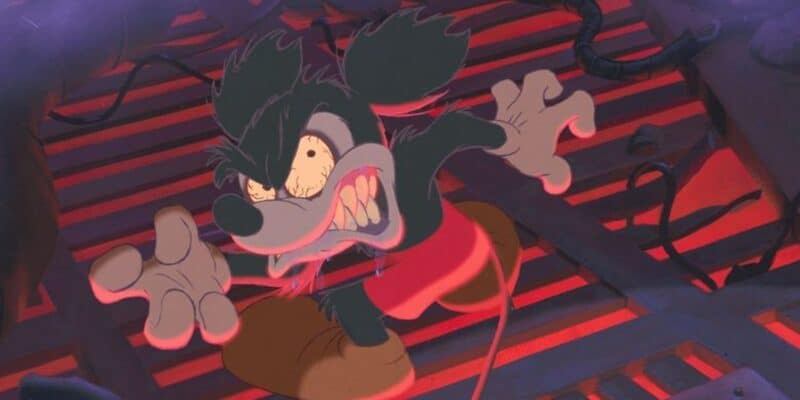 94 years ago, Walt Disney introduced the world to a plucky little mouse named Mickey. Since then, he’s been cast as everything from a steamboat captain to a sorcerer to a musketeer, but there’s one role that the studio would rather the audience forget about.

In spite of earning an Oscar nomination at the Academy Awards, Runaway Brain is something of a black sheep in Mickey’s extensive filmography. While the animation is gorgeous, the humor is deliciously dark and even a little naughty, Kelsey Grammer plays a monkey mad scientist, and Mickey sees some serious action in this 1995 short, it also features everyone’s favorite mouse swapping brains with a kaiju-sized Pete with some rather nightmarish results.

Leonard Maltin said it best in his intro to the short. “This isn’t your mom or dad’s Mickey Mouse.” One of the first attempts at a contemporary take on the classic character outside of something like The Prince and the Pauper, Runaway Brain was an attempt to cast Mickey in more of an action hero role. The results, while an undoubtedly entertaining and visually impressive display of Disney animation, were not something the garden-variety viewer would expect from Disney. It’s so outside of Mickey’s standard performances that places like YouTube have had it removed. With references to classic monster movies, other Disney films, and possibly even Ash Williams of the Evil Dead franchise

Have you seen Runaway Brain? Tell us in the comments below!